The five-time Grammy-winning gospel singer told FAQ podcast that 'Christianity has a problem with sexuality.'

Erica Campbell recently spoke up about the backlash she received over a dress she wore in 2013. The gospel music star, who is half of the duo Mary Mary with her sister, Tina, appeared on the Frequently Asked Question (FAQ) podcast. During the interview, she addressed once being labeled a harlot by the Christian community.

Even all these years later, Campbell remembered just how strong the negative reaction was when she wore a form-fitting, body-con white dress on the cover of her debut solo album’s title track, Help. 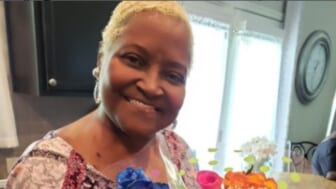 The five-time Grammy winner referenced the double standard that exists for women in the music industry depending on whether they are secular or gospel artists.

“Had any R&B singer had that, they would’ve been like ‘oh my God she’s so covered up,'” Campbell continued. “Christianity has a problem with sexuality.”

One of the strongest disapproving comments came from a minister named Apostle Stacey Woods, who posted about the photo on Facebook. “THIS IS NOT OKAY. Yes, you are a beautiful, curvy woman…but NO MA’AM YOU ARE SINGING THE GOSPEL OF JESUS CHRIST. Saints…smh COME ON,” Woods wrote back in 2013.

Campbell said that it remains important for aspiring artists to be able to weather any negativity that exists in the gospel community.

“It comes with the territory. If you’re not ready for it, it can make you retreat, and be like, ‘I can’t do this,'” Campbell continued. 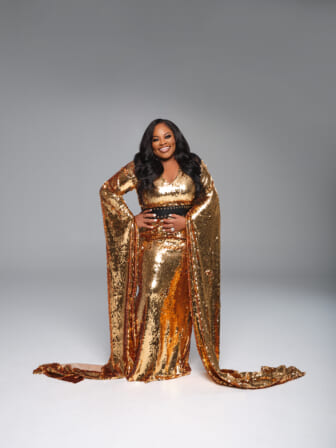 Despite the backlash, Campbell enjoyed solo success with Help, winning a Grammy for Best Gospel Album. The album’s single, “A Little More Jesus,” reached the Top 10 on Billboard’s Gospel chart, as well as receiving a Grammy nomination for Best Gospel Song.