TheGrio was present during a Senate roundtable with Black media, where concern was expressed about how COVID-19 could impact the Supreme Court confirmation vote for Ketanji Brown Jackson. 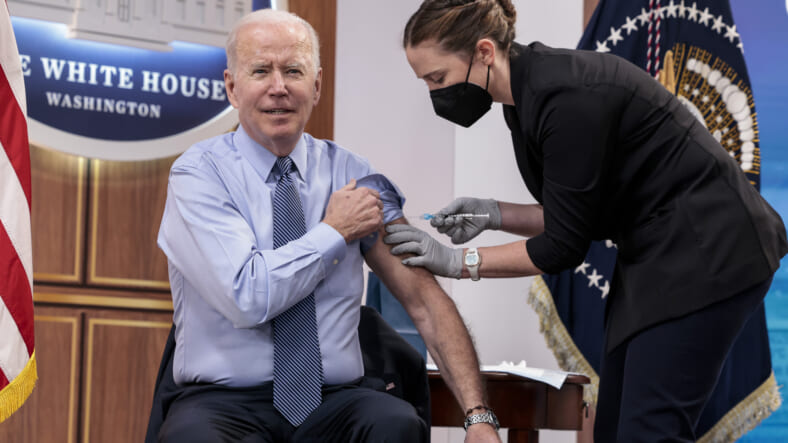 President Joe Biden received his second booster shot Wednesday as the FDA approved the second round of COVID-19 booster shots for Americans 50 and older, signaling that while the pandemic is being managed — it is far from over.

The Centers for Disease Control and Prevention (CDC) recommended the age group and those immunocompromised who received an initial booster dose at least four months ago get their additional round of the mRNA (Pfizer and Moderna) booster to increase protection against the virus.

The new call for booster shots collides with the fact that currently, no U.S. states require wearing masks, and the CDC declared the newest COVID-19 omicron variant BA.2 as the most contagious variant identified in those hospitalized with the virus in the United States. 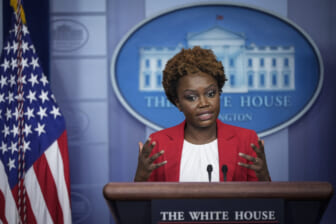 As more and more Americans are forgoing masks and others are trying to decide if they should still wear them, there is a backdrop of major concern for U.S. Senators expected to vote in the Judiciary Committee and full Senate next week for Supreme Court nominee Judge Ketanji Brown Jackson.

In Wednesday’s on-the-record Senate Democratic Steering and Outreach Committee roundtable with African American media, Senator Dick Durbin, who chaired the Senate Judiciary Committee’s hearings on Judge Jackson’s nomination, and Senator Amy Klobuchar of Minnesota, expressed concern about COVID-19 and its potential impact on the needed numbers in the Senate to confirm Jackson.

COVID-19 could also impact the needed 50-vote count if someone is infected with the virus on the expected vote day, Friday, April 8. As some are hoping Vice President Kamala Harris could be the tiebreaker, there is concern that it would reflect a deeply fractured Senate and signal a departure from the Senate’s bipartisan nature regarding Supreme Court nominations. It would be too close of a vote, jeopardizing Judge Jackson’s historical nomination if any senator were to sit out due to a positive diagnosis. 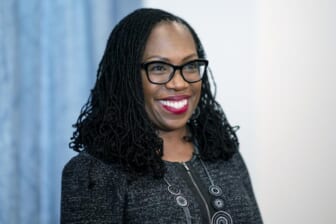 Senator Durban equated the confirmation hearing and next Friday’s full Senate vote to the last basket in a basketball game. At Wednesday’s meeting, Durbin said, “it ain’t over…things beyond our control could change this outcome,” and that “we are living in that world of a 50-50 vote where every vote could make a difference.”

When it comes to COVID-19 and the White House, a place loosely considered a petri dish for the virus, there have been many positive cases, including White House Press Secretary Jen Psaki and Deputy Press Secretary Karine Jean-Pierre.

Additionally, several members of the press have also tested positive. The White House has lifted the mask mandate mirroring the rest of the nation, with many people moving through the White House campus maskless.

The White House is trying to balance the nation’s trend of relaxing mask mandates while positive cases continue to become the norm.

This week, the bill signing for the Emmett Till Antilynching Act was held outside with the understanding that it’s safer to have an event with a crowd outdoors versus indoors where there is risk of COVID-19 infection. Still, there are whispers around the White House to not come if not necessary due to the uptick of positive cases.