Jerrod Carmichael is having quite the week. Fresh off his acclaimed comedy special on HBO, Rothaniel, the performer recently hosted Saturday Night Live. In his opening monologue, he addressed (or didn’t address) current events like the Oscars slap and recently coming out.

While even this Sunday’s Grammy awards couldn’t resist referencing the now-infamous altercation between Will Smith and Chris Rock, Carmichael, when hosting SNL, did not want to talk about it at all and let the audience know exactly that in a comedic way. 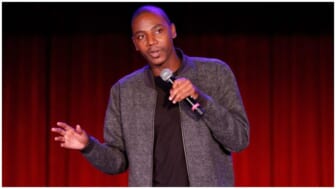 Referencing the Oscars moment at the top of his monologue, Carmicheal told the audience, “I’ve got a question…do you want to talk about it? Aren’t you sick of talking about it? Isn’t it kind of crazy? It feels like I’ve been talking about it for so long.” He continued, “Doesn’t it feel like it happened years ago? Like, doesn’t it feel like it happened when we were all in high school?”

In his monologue, he never said the words, “Oscars” or “Chris Rock” or “Will Smith,” referring to it all as, “it.” He continued, “It feels like we’ve been living in the wake of it our entire lives. It happened on Sunday! On Sunday!”

After getting cheers from the crowd when he talked about revealing his sexuality on his comedy special, Carmichael quipped that the support was “an expected response” in New York. 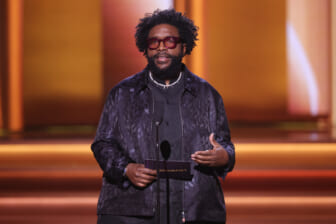 As theGrio previously reported, Carmichael’s new special has received rave reviews. In the show, he says, “I never thought I’d come out. I didn’t think I’d ever, ever, ever come out. Probably at many points, I thought I’d rather die than confront the truth of that, to actually say it to people. Because I know it changes people’s — some people — it changes their perception of me. I can’t control that.”

Watch the trailer for Rothaniel, available to stream now on HBO Max, below: