The Cinco Ranch community was the latest to be bombarded; Aryan Freedom Network's web address was printed on the flyers.

Another neighborhood in Houston has been hit with flyers promoting white supremacy.

According to The Houston Chronicle, residents of the Cinco Ranch community in Katy, Texas, found the flyers in their neighborhood early Monday.

One resident, Craig Moseley, told the Chronicle that he discovered the flyer in a plastic bag held down by rocks after going outside to retrieve his newspaper. Inside was a flyer that reportedly had an image of a smiling large white animal, a chow or perhaps a polar bear, and the words, “I love being white,” at the top.

Moseley said he logged into the Nextdoor app and found “tons” of posts from his neighbors who also got the flyers. “People are very upset,” Moseley told the Chronicle.

The web address for the Aryan Freedom Network was printed on the bottom of the flyers, the Chronicle reported.

As previously reported, racist literature has been found in several Houston neighborhoods. The Aryan Freedom Network is the name of the organization printed on the flyers found in The Heights and Atascocita communities in March. 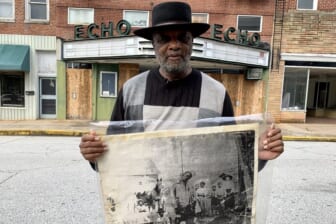 “The Houston Police Department is aware of fliers with divisive messaging and propaganda distributed this weekend in various neighborhoods. We take this type of incident very seriously and are investigating the matter to the fullest extent,” a police spokesperson told the Houston Chronicle last month.

The most recent incident in Cinco Ranch is also under police investigation, according to the recent reporting. Charges could include terroristic threats or criminal trespassing, said Brian Middleton of the Fort Bend District Attorney’s office.

“We want the public to know that we take this very seriously, and when free speech crosses into hate speech or a terroristic threat, we will be prosecuting,” said Middleton. He added that residents who may have received the flyers should contact the police to further the investigation. 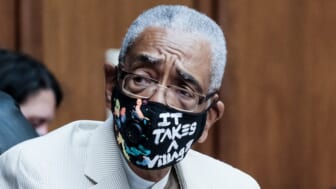 Moseley told the Chronicle that his neighbors got several different flyers but that all of them feature white supremacy ideology.