Georgia Gov. Brian Kemp signed the bipartisan legislation, which expands the number of paid state holidays from 12 to 13.

New legislation in the state of Georgia now makes Juneteenth a paid holiday for state employees.

Governor Brian Kemp signed the legislation, which had bipartisan support. The decision brings the state in alignment with the federal holiday calendar and expands paid holidays in the state from 12 to 13, according to The Atlanta Journal-Constitution.

Juneteenth National Independence Day falls on a Sunday this year and will be observed on the 20th.

The holiday, which commemorates the official end of slavery in America, was signed into law as a federal holiday in June 2021.

“I have to say to you, I’ve only been president for several months, but I think this will go down, for me, as one of the greatest honors I will have as president,” President Joe Biden said at the White House during a signing ceremony last year, per CNN. 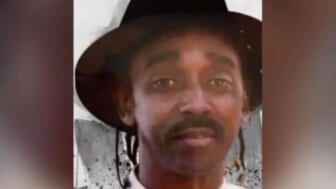 “I regret that my grandchildren aren’t here, because this is a really, really, really important moment in our history,” Biden added. “By making Juneteenth a federal holiday, all Americans can feel the power of this day and learn from our history — and celebrate progress and grapple with the distance we’ve come [and] the distance we have to travel.”

Two of Georgia’s state holidays are floating days signed into law in observance of the confederacy. Confederate Memorial Day and Robert E. Lee’s birthday now generally float and have typically been observed on Good Friday and the day after Thanksgiving.

Georgia law had restricted the number of state office closures to 12 legal, public holidays, so Kemp couldn’t give state employees the day off last year, despite giving Juneteenth an official designation then. The Republican opted to change the law for 2022 rather than halt another holiday’s observance. 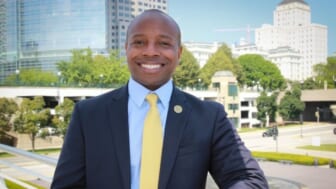 According to The AJC report, Kemp asked Rep. Calvin Smyre of Columbus to carry the legislation, House Bill 1335, in observance of the Black Democrat’s 48 years in the Georgia state House. It was Smyre who championed the establishment of a Martin Luther King Jr. holiday in the state, celebrating the late, great native son’s birthday.

Often referred to as this country’s “second Independence Day,” Juneteenth, which normally falls on June 19, celebrates the freedom of enslaved people in the United States at the end of the Civil War — when slaves in Galveston, Texas, were made aware that slavery had ended more than two years earlier. African American communities across the country have observed the holiday for more than 150 years before it became a federal practice.