Firing squad or electric chair? South Carolina inmate on death row may have to choose one

Richard Bernard Moore, 57, has been on death row for over 20 years after he was convicted of killing a convenience store clerk.

South Carolina is set to resume executions after a decade-long pause. The Palmetto State has completed a $53,600 renovation on its death chamber in Columbia to equip it for electric chair executions or death by firing squad, according to ABC News.

The first person to face execution is 57-year-old Richard Bernard Moore, who has been on death row for more than 20 years after being convicted of killing a clerk at a convenience store while attempting to rob it to support his cocaine addiction.

The change in executions comes after Moore had been slated to die at Broad River Correctional Institution in Columbia back in November 2020, but his execution was stayed by the South Carolina Supreme Court once the state had challenges procuring lethal injection drugs. Since then, a chair has been installed in Broad River that faces a wall 15 feet away. According to the report, if an inmate chooses to be executed by firing squad, three volunteer corrections officers will fire at him with their weapons aimed at the heart. The inmate’s head will be covered with a hood.

Whether electing to die by firing squad or the electric chair, Moore will have a chance to make a final statement on April 29, his new execution date. 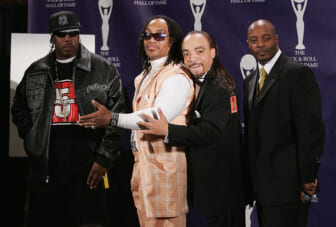 South Carolina is one of four states to use a firing squad for executions and one of eight to still use an electric chair.

There are 35 men on South Carolina’s death row. Moore exhausted all of his federal appeals, including a denial by the Supreme Court this week. His attorney, Lindsey Vann, has said she will ask for a stay of execution. 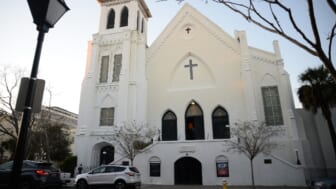 Moore’s pending execution comes more than 20 years after a 2001 trial in which he was convicted of murdering James Mahoney in a Spartanburg convenience store robbery after the two men fought over Mahoney’s gun. The clerk pulled a second gun and shot Moore in the arm. Moore then wrestled the gun from Mahoney and shot him in the chest, killing him.

Moore’s lawyers had unsuccessfully appealed his conviction, saying that he didn’t bring a gun into the store and, thus, did not intend to commit Mahoney’s murder.