OPINION: With the failed hiring of former Baylor coach Art Briles along with this latest move, it's clear the university's athletics department is putting the mission of winning over the mission of molding and developing young Black adults. 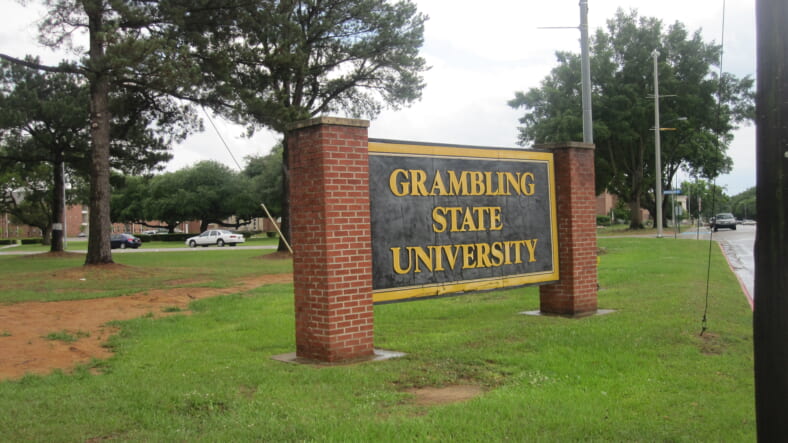 I don’t know what’s happening within the Grambling State University athletics department, but someone needs to request a wellness check on them.

Did they fall and bump their heads? Is something in the water? Have they gotten ahold of bad edibles?

Whatever the case, those folks are straight-up tripping.

First, they hired Art Briles as an assistant football coach in February. None of the NCAA’s other top 260 colleges has touched the former Baylor coach for six years since a blistering, 51-page report said his “incurious attitude toward potential criminal conduct by his student-athletes was deeply troubling.” The ensuing howls of protest surprised exactly no one except the administration, and Briles resigned four days after being announced. 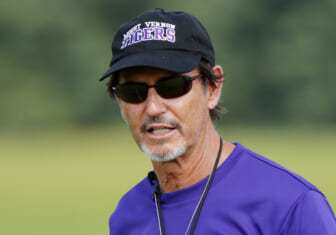 Evidence beforehand suggested that new athletic director Trayvean Scott might’ve brought a clown show to town. (The day before announcing Briles was hired, a school spokesperson claimed any such talk was just a rumor.) But the latest goings-on have convinced undecided jurors, and the verdict is in:

New women’s volleyball coach Chelsey Lucas has cut the entire team. All 19 players, just like that. No more practice, no more competition, and no more scholarships. We can’t determine the worst part of this situation because everything about it is foul.

The clowns have morphed into the Three Stooges—Scott, Lucas and GSU athletics communications director Brian Howard. “I hate to say out with the old, but in with the new a little bit,” Howard told KSLA. “… At the end of the day, Coach Lucas has a goal, has a vision. We have a goal as an institution and a vision as well to win, and that’s first and foremost,” he said.

Either he can’t hear himself, or he’s tone-deaf. Surely, he’s literate, but he can’t read the times.

Neither can Scott, who sounds hella petty over college athletes’ recently earned right to easily switch schools. “Just as the transfer portal empowers student-athletes, our coaches are also empowered to make the decisions they deem necessary to advance their programs,” Scott said in a statement, according to KSLA.

Yeah, and coach Hue Jackson decided he needed Briles to advance the football program. How’d that work out?

Scott and his whack-ass judgment need to take a whole row of seats.

Lucas, hired in February, is a Grambling alum and former Southwestern Athletic Conference Defensive Player of the Year. But she’s proof that all skinfolk ain’t kinfolk. She’s as cold and calculating as the most callous Caucasian. Imagine if a white coach came in and axed the entire roster. She’d be dragged through the Twitterverse.

Lucas deserves that same energy we’d have for Becky.

Contrary to Howard’s contention, winning games shouldn’t be first and foremost when Grambling describes its goal and vision as an institution. HBCUs are in the business to mold and develop young Black adults. The mission isn’t to mimic the money-making sports factories that play on ESPN and network TV. Grambling isn’t supposed to resemble SEC powerhouses that don’t give a damn about players beyond the football field or basketball court.

“I have to say I am actually sick to my stomach,” sophomore defensive specialist Destiny Johnson wrote on Twitter. “All the time, energy, and dedication I put into the volleyball program here at Grambling State has been thrown right back in my face.”

Not that it matters, but the team didn’t suck.

The Tigers finished 8-8 in conference play (11-17 overall), good for fifth place out of 12 teams. Sophomore Jada Taylor was named SWAC preseason Libero/Defensive Player of the Year. Junior Gillian Jones was on the preseason All-SWAC Second Team. Four of the team’s top five scorers were set to return, including A’Lexus Everett, a freshman last year.

If Lucas is such a great coach, she should’ve taken what she inherited and built upon it. Get to know the players and give them a chance to learn and grow under her stewardship. Instead, Howard said Lucas has “14 or 15 quality players coming on board.” Presumably, some hail from conference foe University of Arkansas-Pine Bluff, where Lucas coached for three years and went 13-3 in the SWAC last season. 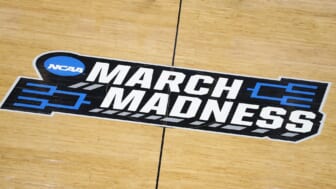 We know the vast majority of athletic scholarships aren’t guaranteed and must be renewed annually. And we know a few underachieving players in any sport might, quietly, be sent packing each year. But short of gross misconduct or academic shortcomings, there’s no excuse for kicking an entire team to the curb.

As of Friday morning, the volleyball roster found on Grambling’s website didn’t list any players. Only an error message appears.

Judging by Lucas’ actions—and insight from one of her former players, Simone Joiner—the error applies to Scott.

Not just for hiring Lucas, but letting her run buck wild.