The series reboot debuted in February with the original cast

The Disney+ animated series The Proud Family: Louder and Prouder was renewed for a second season.

The streamer revived the classic Disney Channel series for a 2022 reboot that proved to be a hit with longtime fans and newcomers. The original Proud Family first aired on Disney Channel from 2001 to 2005, and won multiple awards. The revival debuted in February and season 2 of Louder and Prouder is already in production, Variety reports.

Kyla Pratt returned for the 2022 reboot as the voice of Penny. The other Proud Family stars who reprised their roles include Tommy Davidson as Oscar, Paula Jai Parker as Trudy, Jo Marie Payton as Suga Mama, Karen Malina White as Dijonay Jones, Soleil Moon Frye as Zoey Howzer, Alisa Reyes as LaCienega Boulevardez and Cedric the Entertainer as Uncle Bobby. 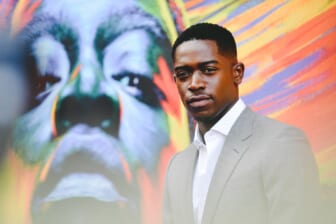 According to a Disney+, Louder and Prouder is a continuation of the original series featuring an older Penny Proud and her family as they navigate a modern world “with hilarity and heart.”

“What I love about that show is we talked about so many things a lot of shows weren’t talking about in 2001, and so now, of course, we gotta bring it extra hard,” Pratt, 35, previously shared with TV Insider. “There are a lot of people who are going to be looking at the episodes and saying, ‘Wow, I can’t believe they went there, but I’m glad they did.’ There’s certain discussions we need to have that sometimes, it can start with something as simple as a cartoon.” 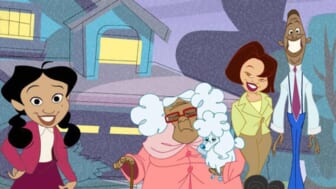 Also Read:
‘The Proud Family: Louder and Prouder’ creative team on reboot: ‘This show is going to be amazing’

Bruce W. Smith created the original series and developed The Proud Family: Louder and Prouder with Ralph Farquhar. Both executive-produce the series with Calvin Brown, Jr., who also serves as co-executive producer and story editor.

The original Proud Family episodes are streaming on Disney+.