Converse has announced their new It’s Possible collection to celebrate Black stories and legacies. The collection, which launched on Monday, is part of Converse’s ongoing commitment to uplift Black joy and honor Black culture. 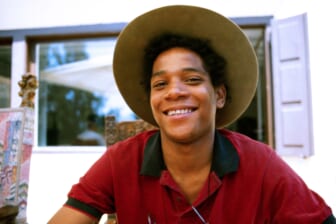 Converse’s It’s Possible collection came into being after the brand enlisted the talents of three Black creatives; WNBA athlete Natasha Cloud, Converse designer Marissa Bynoe, and product merchandiser Javon Martin. The pieces are inspired by a first-person narrative of the women’s journeys.

Each woman put their unique twist on Converse silhouettes for It’s Possible versions of the Chuck 70, the Run Star Hike, and the Pro Leather Ox.

Bynoe’s mother and grandmother inspired the art from the Chuck 70 sneaker. “I’ve always been inspired by my family as creatives and It’s Possible shows other young, Black people that the stars can align, and these kinds of careers are possible,” says Bynoe.

The Run Star Hike was inspired by Martin’s upbringing in her native neighborhood in Dorchester, Massachusetts. The designer says she believes your environment shapes your future. “My community is what motivated me to want to be great,” Martin said in a statement.

The Pro Leather Ox is special edition footwear from Cloud. Aside from playing professional basketball, she’s a social justice advocate. The shoe comes with nine patches that the consumer can apply and remove, expressing the day-to-day evolution of social change. Cloud says the Pro Leather Ox represents “a way of therapy, it’s a way of vulnerability, it’s a way of strength.” 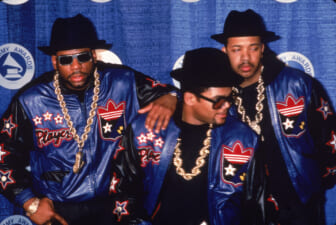 Converse’s It’s Possible collection stems from its online campaign to Celebrate Black Heritage and Joy as a way to empower Black creatives. According to a report by the Economic Policy Institute, only 8.2% of creative jobs are occupied by Black people. Converse hopes its campaign will lead to more opportunities for Black creatives.