Parents divided amid accusations of racism at Houston high school

At an event hosted by the local NAACP, some called for dismissal of the baseball coach and others requested results of an investigation before further decisions are made.

Houston families are divided amid allegations of racism at Bellaire High School involving a baseball coach and members of the team.

According to The Houston Chronicle, at least 50 people gathered at a town hall event Tuesday hosted by the local NAACP, with some calling for the school’s baseball coach to be fired and others asking for patience with the internal investigation.

Last month, the coach, Nick Ozuna, and an assistant, Robert Manuel, were reassigned as the investigation began into whether Bellaire players made monkey sounds at a Black member of an opposing team during a March 25 game. According to previous reporting from the Chronicle, players also danced, and used racial slurs when a Black pitcher from Westbury High School took the mound.

Parents from both teams attended the meeting.

The same Bellaire baseball coach was previously investigated for making a Black player cut off his afro in order to play on the team.

That player’s mother, Erica Rhone, attended the forum. “My son’s civil rights were violated,” she told the gathering.

A Westbury parent, who attended the baseball game in question but did not hear the commotion, said that she did remember hearing the Westbury coach telling Bellaire students to be quiet. “As a parent, I just want the situation to be dealt with correctly,” Amelia Robinson said, asking for an apology. “They need to understand that their actions that they did really affected our kids.” 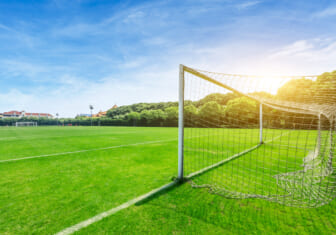 One of the speakers, Tania Andrews, is an educator at Bellaire and also a parent. Andrews said she was disturbed by the idea that the entire school community is racist. “It felt as if Bellaire was being demonized,” she said in an interview after the event, according to the Chronicle. “I am heavily invested in the culture at Bellaire and the community of Bellaire High School, and no child should demean another child. I do not condone bullying in any capacity.”