A California high school coach said a Black and a Latino soccer player faced "blatant racism" when they were taunted during penalty kicks.

A high school soccer coach reported that a Black and a Latino player on her team faced “blatant racism” when they were taunted with animal sounds during penalty kicks that would determine the outcome of a championship game.

After regulation game play and overtime, the teams were tied at 2-2, requiring a penalty shootout to determine the victor, according to a statement posted on Facebook from the Buchanan girls’ coach, Jasara Gillette. It was then that the racially charged incident began, she said.

Reportedly, someone barked at a Latina player. Moments later, someone made monkey noises as a Black player made a penalty kick.

“We were tied in PK’s at this point with our players, coaches and fans visibly upset they decided to continue the game with nothing being addressed,” Gilette’s statement reads. “We were at a youth sporting event on the biggest stage in high school sports and we put our faith into those overseeing these events to lead with justice and respect and our young ladies were let down. To have hate and racism influence the end of the game is unacceptable!” She also denounced the incident as “blatant racism.”

The Buchanan High School athletic director, James Gabrell, expressed disappointment at the adults in the stands. “Not one adult had enough integrity and courage to stand up and point the young man out?” he told CBS Sacramento.

Aaron Palm, the principal at Oak Ridge, said officials paused the game after the animal sounds, however, he added, it was “impossible to determine who had made the sound.” Palm told KCRA that coaches and representatives of both schools discussed the incident before referees “determined that the final shots of the shootout should be completed.” 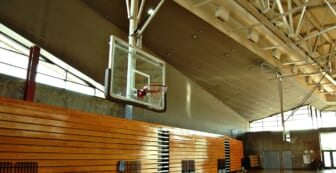 Palm said in a statement: “This incident disgusts our learning community and embarrasses our entire school. There is no room for this type of individual behavior anywhere in society.” The school plans to host school-wide opportunities to reflect and discuss the incident.

Meanwhile, the California Interscholastic Federation said in a statement that it is “unacceptable when those attending a game take away from all the hard work the student-athletes have put forth to participate in a championship event. The CIF prohibits discrimination or any acts that are disrespectful or demeaning toward a member school, student-athlete, or school community.”