The two-day event will feature panel discussions and live performances on the weekend of the Billboard Music Awards.

Billboard announced Friday that it’s launching the inaugural Billboard MusicCon. It will be a two-day event that celebrates the past year in music while becoming a new lead-in component to the annual Billboard Music Awards (BBMAs).

Scheduled for May 13 and 14, Billboard MusicCon will take place in Las Vegas at a new, immersive entertainment venue, AREA15. The event will feature appearances, performances, and conversations from artists, executives, and thought leaders in the music industry.

Among the numerous discussions will be “The Explosion of Afro-Fusion,” led by Grammy winner Burna Boy, “The Future of Hip Hop,” hosted by platinum-certified rapper Latto, and “The Future of Reggaeton” with Rauw Alejandro.” 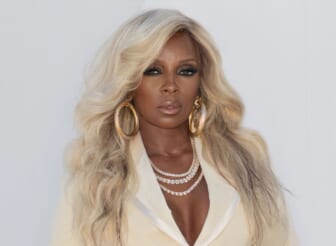 Limited tickets to the two-day event, sponsored by Smirnoff, will be available to the public on Billboard MusicCon’s website. The BBMAs will take place on May 15, one day after the conclusion of Billboard MusicCon at the MGM Grand Garden Arena, airing live on NBC at 8:00 p.m. The ceremony will be hosted by Sean “Diddy” Combs.

“We are so thrilled to be back in-person for the first Billboard Music Awards in two years,” Julian Holguin, president of Billboard said in a statement. “We couldn’t think of a better time to launch Billboard MusicCon, two robust days of world-class programming with one-of-kind access to artists, creators, and industry leaders discussing and celebrating the ever-evolving music industry. We felt the timing was right and these discussions are the perfect note to kick off such a special weekend in music.” 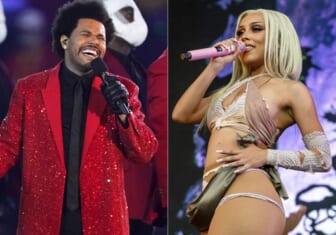 Leading all nominees at the 2022 BBMAs are The Weeknd and Doja Cat, with 17 and 14 nominations, respectively. Billboard MusicCon panelists Burna Boy, Latto, and Alejandro are all scheduled to perform at the 2022 BBMAs.