West has two appearances on the new Pusha T album, "It’s Almost Dry," and on one of them, he gets extra personal.

He rhymes alongside Pusha and Kid Cudi on “Rock N Roll” and revisits a familiar topic on “Dreamin Of The Past,” according to E! News.

“Born in the manger, the son of a stranger/When Daddy’s not home, the family’s in danger,” Ye raps on “Dreamin of the Past” — and he appears to be talking about his own family and the four children he shares with his ex-wife, Kim Kardashian.

West has repeatedly accused Kardashian and kin of keeping him away from their children, North, who is 8; Saint, who’s 6; 4-year-old Chicago and Psalm, 2.

Last month, Kardashian refuted West’s claims that he doesn’t see the youngsters after the rapper-producer wrote in a now-deleted Instagram post, “This was on my daughters back pack when I was ‘allowed’ to see her last week,” alongside a photo of North’s bag, which featured pins of Kim, Kanye and an alien. “This is why I go so hard for my family I am wired to protect my family at all cost As the priest of my home Don’t worry Northy God is still alive.” 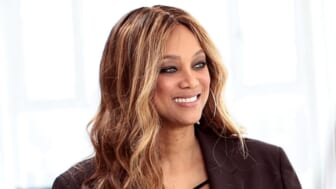 Kardashian commented: “Please stop with this narrative, you were just here this morning picking up the kids for school.”

In an interview with Robin Roberts, Kardashian said that she and West will remain “family.”

“So, you know, I hate that it had to play out like that,” she told Roberts. “But when it comes to family, I mean — Kanye and I will always be family. At the end of the day, I just want my kids to be happy and healthy and think the world of their dad. And they do.” 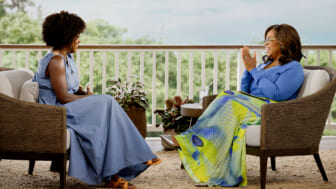 “Dreamin of the Past” isn’t the first time West has aired his feelings about his marriage. On the single “Eazy,” featuring The Game, West rapped, “God saved me from this crash/Just so I could beat Pete Davidson’s a**.” A video for the song was shared on social media depicting West watering roses growing out of the decapitated SNL cast member’s head. Davidson has reportedly been dating Kardashian.

Per Page Six, earlier this month, West maintained that he was “committed to a healthy co-parenting relationship with Kim and is focused on raising their beautiful children.”