OPINION: A Juneteenth celebration hosted by a group of well-meaning white people has been called off after an outcry by cancel culture warriors on social media. 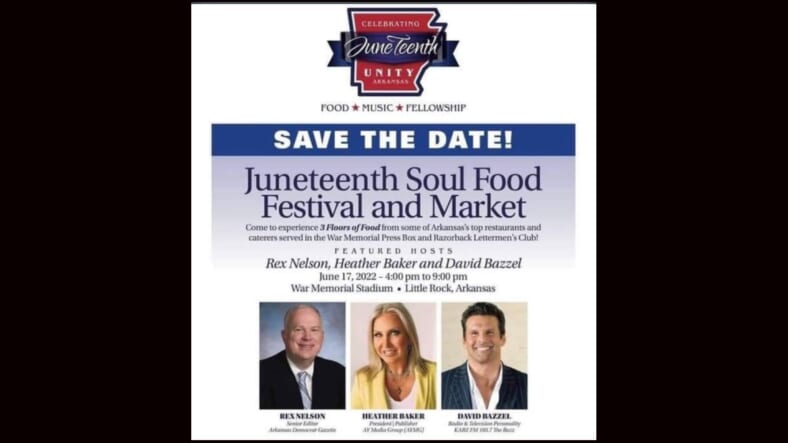 I love the way it can mine a wheelbarrow worth of golden humor from a mountain made of tragedy. I love how it can roast anything without being malicious. I love the memes and the arguments and the pictures and videos. I even love how Black Twitter maintains radio silence when clueless white people comment with no context of what the content really means.

Unlike our Caucasian brothers who feel no duty to confront their fellow Caucasians about white supremacy in the beloved country they supposedly want to make “great again,” Black people will express their love by correcting each other. A Black grandmother will walk up to a perfect stranger and tell them to “put a hat on that baby’s head,” which is why we need to talk about the vitriol over the now-canceled Juneteenth festival sponsored by a group of well-meaning Arkansans who simply wanted to inject a little unseasoned flavor into the holiday recognizing the emancipation of enslaved Africans in America.

The Arkansas Times reports that the Juneteenth Soul Food Festival and Market was canceled after a flyer leaked showing the event’s three featured hosts: Rex Nelson, the senior editor of the Arkansas Democrat-Gazette; Heather Baker, the president and publisher of AY Media Group; and David Bazzel, an Arkansas radio and TV personality. (Coincidentally, Two White Men and a Heather was also the title of a short-lived sitcom on UPN.)  The unseasoned celebration would have taken place at War Memorial Stadium in Little Rock, Ark. Only a culturally illiterate non-washcloth user would want to commemorate the end of slavery by hosting a “market.” White business owners hosting open-field markets that sold Black-themed products is what started all this slavery nonsense in the first place! Even if it was organized by a Black man, we know who this was for. Nah, we ain’t falling for that again. In the words of Sir Andre the 3000th, the esteemed negro ruler of the Kingdom of Atlanta, whose royal declaration “Hootie Hoo” echoes the sentiments of Black people everywhere: 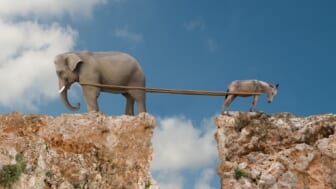 Also Read:
The Democratic Party might be trash, but let’s stop pretending it matters

First of all, Black people don’t even attend white cookouts, so unless you enjoy chicken that tastes like backwash from an almost-empty bottle of kombucha, Every Black person in Little Rock is acutely aware that anything bearing the title “soul food” is for white people. Do you know what Black people call “soul food”?

I don’t even understand why anyone whose ancestors were enslaved would be concerned about white Goonteenth. It had nothing to do with us; it was organized so colonizers can cosplay as if they care about Black history, like people who hate Colin Kaepernick but desecrate the flag by draping their crotches in star-spangled spandex. It was for people who claim their country is being destroyed by Black rioters and Mexican rapists while unironically wearing the costumes of raping and pillaging Vikings to smear feces in the Capitol. It was Wypipoween.

One look at the flyer should have let Black people know that this celebration was for unwashed legs only. Even if the flyer said, “Slavemasters get in free before 12,” we should have let them wonder how they got all that cotton candy without slaves picking it from sunup to sundown. I’m sure they spent a lot of money on the entertainment (probably Digital Underground Railroad or the country/rock trio, The I Wish I Was in Dixie Chicks). Imagine how much they probably spent on the security deposit alone. Do you know how many slave patrollers were out of work after emancipation? But you won’t. Because you’re selfish.

You know they already planned some authentic antebellum carnival games like Harriet Jacobs hide-and-go-seek and pin-the-bells-on-the-negro. What are they supposed to do with all those burlap bags now that the sack race is canceled? Aside from storing cotton, making clothes for enslaved people and storing the history of children whose entire past was erased by government-sanctioned human trafficking, what do you even do with burlap? Think of all the small children who won’t be able to enjoy the blackface painting on the playground that they were probably gonna name the “Jungle Gym Crow area.”

But that isn’t my point.

Because Black history has been eliminated from the social studies curriculum, white people probably don’t know that the absolute last thing on the agenda of the newly emancipated was “let’s go hang out with the people who used violence and the threat of violence to steal our intellectual and physical labor for the last 250 years.” I might be wrong, but I’m pretty sure those former slaves were better at cooking soul food than 99.99 percent of Arkansas Heathers.

And, of course, we know that all white people were not enslavers. But try telling that to someone who had just been freed after witnessing the bloodiest war in the history of the continent over a constitutionally enshrined, race-based system of human trafficking and legal subjugation that benefitted all white people.

But here’s why Black Twitter shouldn’t have said anything.

Last year, Arkansas legislators passed Senate Bill 627, a bill that prohibits “the propagation of divisive concepts” in state-run organizations. Although the bill did not mention critical race theory, in an August 16 letter, Arkansas Attorney General Mark Lowery declared that “instituting practices based on critical race theory, professed ‘antiracism’ or associated ideas” create a “hostile environment” and, therefore, are illegal in the state of Arkansas.

Furthermore, the SB 627 defines the “state entities” where this illegal divisiveness is banned as: “an instrumentality of state government, including…the Department of Parks, Heritage, and Tourism.” Why is this important? Well, if it wasn’t for Black Twitter’s demonization of Slavemaster Labor Day, the party would have been held at War Heritage Memorial Stadium. And guess which government entity is in charge of 1,100 buildings, six National Historic Landmarks, 16 sites on the National Register of Historic Places, and War Memorial Stadium?. You guessed it… 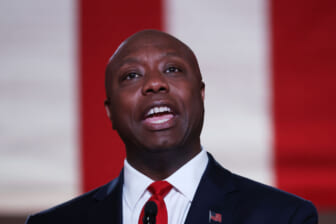 Imagine the poetry of police rushing in to handcuff Kinte-clothed Caucasians consuming Freedom Funnel Cakes and lackluster Kool-Aid made according to the exact package instructions while Black people were off work playing Uno and listening to Frankie Beverly and Maze at a separate-but-equal commemoration. We could have charged them with hate crimes, promoting Caucasian Race Theory and selling soul food without a licensed negro in the kitchen. I would have called 911 myself and reported a group of suspicious people humming negro spirituals at the Bobbing for Reparations booth. I know how to cry on cue while pretending to fear for my life.

The ancestors’ screams of delight would have cracked open the clouds, and the sky would have rained down tears of joy. Those “twenty & odd negroes” who disembarked from the White Lion in 1619 would have died again from laughing so hard. Harriet Tubman would have high-fived Frederick Douglass as their afros jiggled in unison from laughter while Edwin Hawkins, James Cleveland, Aretha Franklin and the Mighty Clouds of Joy sang “Oh Happy Day.” It could have been the most beautiful Juneteenth celebration of all time.

But you had to say something, didn’t you? Your righteous indignation, your Black fragility and your inability to stomach the nausea-inducing caucasity that runs through the veins of people who think they have the right to smear their grubby, slavemaking DNA over every square inch of the country we built wouldn’t let you sit in silence, huh?

I still love you, though.