Anderson served two terms as Marion County Sheriff from 2003 to 2011.

He was credited with bringing a standoff with the Indianapolis Baptist Temple to a peaceful end in 2001. The church had refused to withhold taxes from employee paychecks for 16 years. The federal government had ordered the property seized but Pastor Greg Dixon and several followers decided not to leave the sanctuary for 92 days.

U.S. District Judge Sarah Evans Barker released a statement saying Anderson “refused to shrink from the challenges and demands of hard calls, of courageous sacrifice, of exemplary conduct, and of a resolute adherence to truth telling.”

Anderson served two terms as Marion County Sheriff from 2003 to 2011. 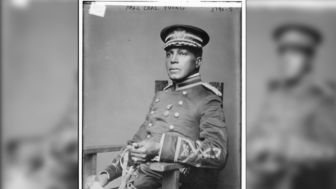 “Over the last 60 years, his direction and example in law enforcement — both at the federal and local levels — has positively influenced and affected the lives of many, many people,” current Sheriff Kerry Forestal said. “It certainly has mine. He will be truly missed.”

Born in 1938, Anderson grew up in Indianapolis and was a state wrestling champion while attending Shortridge High School.