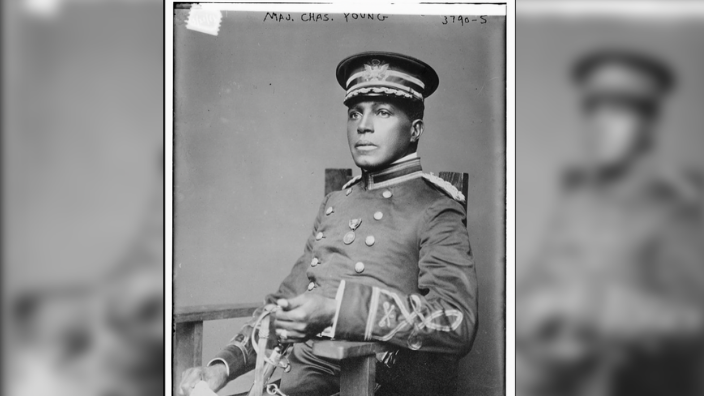 Colonel Charles Young was posthumously promoted to brigadier general by the Army, becoming the first African-American general officer in the Army’s history. (Photo: Library of Congress)

Young was posthumously promoted from colonel to brigadier general after being denied the promotion more than 100 years ago. The promotion retroactively makes Young the first African-American general officer in the Army’s history. 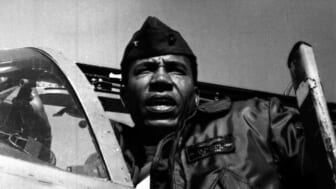 In 1917, he was forced to medically retire over the fear of a Black officer leading white troops during World War I, according to several military officials and Young’s family. However, due to his perseverance, he was reinstated in 1920 and served as a military attaché to Liberia until he died in 1922.

At the promotional ceremony, Renotta stated, “I was deeply moved when Under Secretary of the Army Gabe Camarillo took this important action to honor Charles Young. At a time when Americans are demanding a reckoning of our nation’s legacy of systemic racism, it is highly significant that Charles Young, a trailblazing figure in U.S. history, be recognized and celebrated and his legacy documented.”

While speaking at the event, Camarillo said, “Charles Young may have been constrained and stifled by the age in which he lived [but] he did not defer his dreams. His promotion today to brigadier general has been a long time delayed but fortunately for all of us no longer denied.”

Young’s niece revealed that, in recent years, many people warned her that this promotion was unlikely to take place.

“You can’t imagine how many times over the years, military officials, various White House staffers told me this promotion could not be accomplished. Our family doctrine says don’t give up, find a path, an angle, an ally, a change in the protocol or regulation to reach the desired results,” she said.

In 1912, Young became an honorary member of the Omega Psi Phi Fraternity, Inc., so Renotta adhered to the family doctrine and enlisted the organization’s help.

Dr. David Marion, the international president of Omega Psi Phi Fraternity, Inc., told theGrio that members of his organization have been working with the Young family for many years.

“[Omega] has a hashtag that says Omega is everywhere…we’ve been working with them on this initiative for many years because we understood that this was something that General Young had earned. We weren’t asking for a handout. We knew the only reason he had not been promoted was because the color of his skin at the time of WWI,” he said.

Renotta told theGrio, “[Young] was a renaissance man and a passionate public servant who was denied his due recognition in life” because of his race. 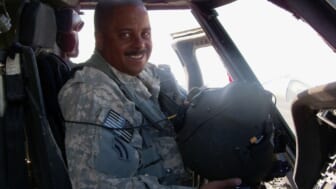 “The resistance that he initially faced had to do with outright racism and during that time. The president was Woodrow Wilson, so you know his history,” she explained.

In 1889, Young made history by becoming the third Black student to graduate from the United States Military Academy West Point. However, that came with a heavy price.

United States Military Academy Superintendent, Lt. General Darryl Williams said during the ceremony that, “Charles Young’s years at West Point were ones marked by hardship and adversity as he was subject to prejudices and racism at the time from his fellow cadets. But, through his perseverance and determination, along with a quiet dignity and grace, Young overcame that adversity, even earning the respect and admiration from his classmates along the way.”

Camarillo said that Young should be remembered for being more than just a “distinguished alumni” of West Point.

“He served as the First Black Park Superintendent at Sequoia National Park. He was a distinguished professor at Wilberforce University. Now when I think of Charles Young, the word triumph is what comes to mind first. He faced unjust circumstances that tested him time and time again, but he triumphed,” he said.