The University of North Carolina system threatens academic freedom through political interference and institutional racism, according to a report from a national faculty group.

The AAUP announced in a press release in September 2021 that it would create a “special committee to prepare a report on a pattern of egregious violations of principles of academic governance and persistent structural racism in the University of North Carolina System.”

The press release said the committee would examine several issues, including UNC’s refusal to grant tenure to a Black professor, Nikole Hannah-Jones. Hannah-Jones, an acclaimed journalist, conceived the New York Times‘ 1619 Project and won a Pulitzer Prize for commentary for the project’s introductory essay. 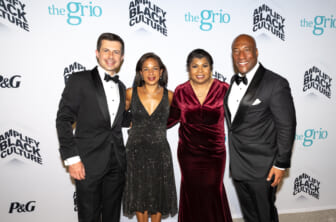 But the report notes that Hannah-Jones came under fire from Walter Hussman Jr., who donated $25 million to the UNC for a journalism school now named after him.

The conservative Hussman believed Hannah-Jones’s views on reparations for Blacks would cause unwanted controversy, and he expressed concerns about her role in the 1619 project.

UNC initially denied Hannah-Jones tenure but later relented and granted it after outrage on campus. Hannah-Jones declined the offer and is now a professor at Howard University.

“Despite being overqualified, Hannah-Jones was opposed by a board that responded politically to the topic of her research around racism,” Nicole Peterson, an associate professor of anthropology at UNC Charlotte and UNC Charlotte AAUP chapter president, told Spectrum Local News.

“You offer a relentlessly grim portrayal of one of the nation’s strongest, most vibrant, and most productive university systems. It’s nearly impossible to square the bleak portrait you’ve created with the thriving campuses we know and love. North Carolina’s public universities, like institutions across the country, have challenges and shortcomings. We don’t try to hide or deny those; we strive to improve them.”

Additionally, AAUP claims that Republicans in the state legislature have politicized UNC by exerting undue influence on the Board of Governors, which oversees all 17 colleges in the UNC system, and trustees in individual schools. Republicans were unapologetic. 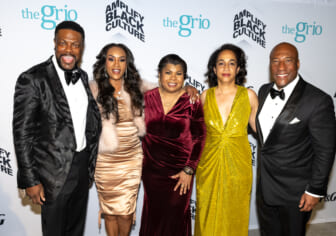 Also Read:
The Blackness was excellent at ‘A Seat at the Table,’ theGrio’s D.C. post-White House Correspondents’ Dinner after-party

“Our State Constitution gives the legislature the sole responsibility to govern the university system, and Republican members of the General Assembly will always ensure that the voices of the taxpayers across this state who fund U.N.C. are heard in its governance,” Tim Moore, speaker of the State House of Representatives, said in a statement, The New York Times reported.

The report now goes to the AAUP governing body, which will decide whether to sanction UNC. AAUP places institutions on a sanctions list for “infringement of governance standards.”