As someone who is pro-life, I believe freedom of choice is something all of us should have

OPINION: As a freedom-loving, Christian conservative, I cannot abide an America where we force women to have babies and then not provide for the care of those women and their children. Overturning Roe v. Wade would bring us closer to making that America a reality. 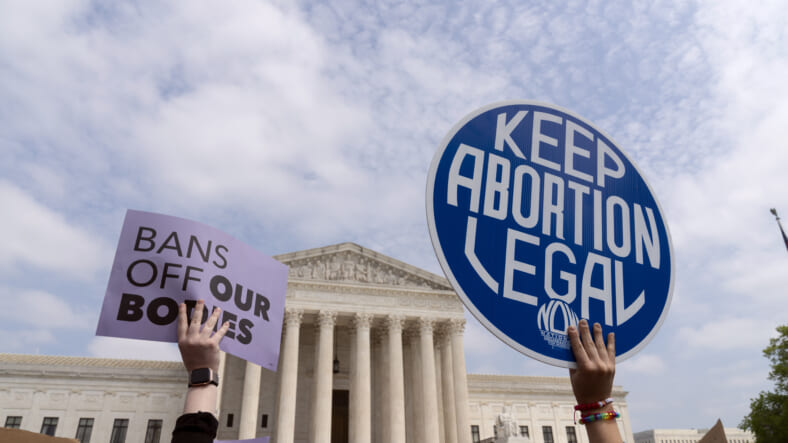 Demonstrators protest outside of the Supreme Court Tuesday, May 3, 2022 in Washington. (AP Photo/Jose Luis Magana)

Let me say at the outset that I am pro-life. I have taken this faith position on abortion since I was a teenager in the mid-1980s and into adulthood. Only in cases where the mother’s life is at risk or if they were a victim of rape and incest have I supported abortion as a choice. If a leaked draft opinion, as reported by Politico, holds true, the nation’s highest court is set to strike down Roe v. Wade, unraveling a nearly 50-year-old precedent protecting a woman’s liberty to choose an abortion without excessive government restriction. 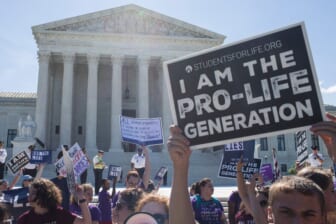 Roe has survived several challenges that added some restrictions, like in Planned Parenthood vs. Casey, which reaffirmed Roe in 1992. While Roe is still the law of the land, it has been weakened over the past 20 years by state legislatures led by Republicans. According to the leaked draft, five justices have voted to overturn Roe, but that decision will not be finalized until the official ruling is released to the public, most likely in June. Chief Justice John Roberts has launched an investigation of the leak, per a statement he made on Monday.

As a freedom- and Constitution-loving libertarian, I have always believed that, just as I have a right to choose what I would do with my body if I found myself with an unwanted pregnancy, so do other women. My view is a faith view. Yet, we do not live in a religious theocracy. We are a pluralistic democracy. Thomas Jefferson defined America with these words: We hold these truths to be self-evident that all men are created equal and endowed by their creator with certain unalienable rights that among these are life, liberty and the pursuit of happiness. If we are to take Jefferson at his word—he was making clear that Americans value self-determination and unfettered rights that come from God and not man—each of us has the liberty to pursue our own destiny.

So here is my primary concern about this possible earth-shaking ruling from the U.S. Supreme Court. First and foremost, I am troubled as someone who is admitted to practice before the hallowed bar of the court, and now that court is prepared to dispense with the notion of “stare decisis”—which means to “let the decision stand.” Several key justices who now sit on the high court seem set to reject precedent and the concept of stare decisis—specifically Samuel Alito, who said of Roe in 1985 as a young attorney that it was something he was proud to fight against, but during his confirmation hearings in 2006, his critics noted that as a federal judge he had two opportunities to vote against Roe, and he upheld it both times, so they let it go.

Neil Gorsuch said at his confirmation hearing that Roe “was settled law” and that it was “the law of the land.” And Brett Kavanaugh said under oath during his confirmation hearing that “Roe was settled precedent.” Kavanaugh repeatedly described it as “precedent on precedent” and “settled as precedent,” citing other decisions that reaffirmed it, including Planned Parenthood v. Casey. Kavanaugh also said that a decision by the Supreme Court to overturn precedent should be rare and that, more specifically that “a majority of the court disagreeing with a prior decision should not be enough to overturn it.”

All of these justices offered assurance to the U.S. Senate under oath that they respected precedents and, if the leak is true, they misled the Senate to ensure they would be confirmed. That is not acceptable in this attorney’s humble yet learned opinion.

The other issue of concern is that this ruling will affect poor women and women of color most of all—Black women specifically, who live in the rural South and urban areas where medical resources can be challenging to access.

This all began last year when the Supreme Court heard oral arguments on a Mississippi abortion law that raised the prospect of eliminating Roe and returning America to a time when the procedure was illegal across most of the United States. It appears the court has decided to affirm the Mississippi case and return women desperate to end unwanted pregnancies, to end those pregnancies on their own or seek unsafe, illegal back-alley abortions once again.

The New York Times did an amazing breakdown of what America without Roe would look like, and in this breakdown, the Times shows the states with so-called “trigger laws,” mostly in the Deep South and Midwest, that would trigger an automatic ban or restrictions on abortions if Roe v. Wade is overturned. Specifically, the Times put it like this:

“In some ways, a post-Roe America would mirror the pre-Roe one. Then, abortion was generally legal in four states, and 13 more allowed abortion for health reasons. Women who could afford it would travel out of state to seek the procedure. But many women turned to coat-hangers, chemicals, unskilled abortion providers and other dangerous methods. In the early 1960s, Cook County Hospital in Chicago was treating more than 4,000 women a year for life-threatening effects of botched illegal abortions.”

As a freedom-loving, Christian conservative, I cannot abide an America where we force poor women to have babies and then not provide for the care of those women and their children. Or worse, force young women and teenage girls to stay in sexually abusive environments where they are subject to molestation or rape and then have to carry those children to term. Also, when do we begin to hold young men accountable for impregnating these women? When do we enforce child support laws instead of allowing men to not pay or be part of their children’s lives? This cannot be America in the 21st century. This is The Handmaid’s Tale come to life.

If we have to keep relitigating a woman’s right to choose in 2022, we are in trouble. It simply boggles the mind that we would roll back nearly 50 years of precedent around women’s health and liberty. This is the year 2022, not the year 1922 or even 1962. 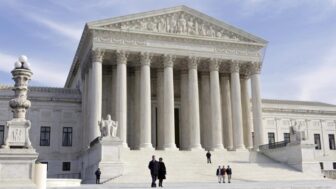 Also Read:
Court that rarely leaks does so now in biggest case in years

Here’s the bottom line for me: I can personally honor my faith, support pro-life candidates who share my values, and yet, I can respect the sanctity of individual freedom that America is built on to allow other women to make a different choice than my own. If we cannot agree that a woman has a right to choose what is right for her own body and her own emotional well-being, then we must reject Jefferson’s refrain in the Declaration of Independence that we are all born with “unalienable rights” of free will, free choice and liberty when it comes to pursuing happiness in our lives.