On this week's episode of "That's The Point," theGrio's Natasha S. Alford goes into detail about the effects of CRT.

This week on “That’s The Point,” host Natasha S. Alford looks at how critical race theory (CRT) became a political tool for conservatives to shut down any conversations about race.

The episode unpacks the race for governor in Virginia and how anti-CRT talking points were used to make Republican candidate Glenn Youngkin a hero to voters. 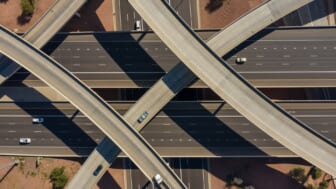 Alford also points out how after the murder of George Floyd, the diversity education industry boomed, but also gave anti-CRT crusaders something to exploit.

But what’s really the point of silencing dialogue around race and history?  Maybe there’s actual power in the books and teachings about America’s brand of racism that can change hearts and minds…

Watch the full episode above and let us know what you think about this week’s topic!