The highest inflation rise since 1981 comes on the heels of the COVID-19 pandemic, which has killed tens of thousands of Blacks.

As gas prices and food costs soar, Black families are being disproportionately affected by inflation and are getting support from programs such as food banks and community gardens to help them cope.

An NBC News report noted that inflation increased 8.5 percent in March, per the U.S. Bureau of Labor Statistics. The rise — the highest since 1981 — comes on the heels of the COVID-19 pandemic, which has killed tens of thousands of African Americans and left countless others vulnerable.

One nonprofit in Atlanta, Hosea Helps, has been distributing food and providing other assistance, such as help with rent and utility bills. Staffers there say they are seeing an increase in people who are seeking food from their distribution program. “The rent has increased so much that people don’t have a place to live,” Hosea Helps CEO Elizabeth Omilami told NBC News. “And the rise in food prices has caused our numbers of people asking for emergency food to almost triple.”

The organization, which was founded by civil rights activist Hosea Williams, provides food to more than 50,000 people annually. 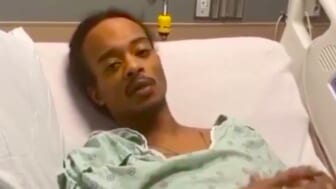 The wealth gap between Black and white households means that inflation is particularly harmful to Black families, leaving them to spend more of their post-tax income on goods and services, according to Business Insider. Further, lower-income families are also more “exposed” to the goods that have the most inflation, like energy costs, food and household supplies, Insider said.

In addition to food pantries, community gardens are seen as an opportunity to provide healthy and organic food, especially in areas that are already designated food deserts.

“When you look at a lot of the food that our community gets, one, most of the food is not fresh as is,” Anthony Beckford, leader of the Brooklyn Chapter of Black Lives Matter, told NBC. “It’s like we get the bottom of the barrel type, but yet we get charged way more than many other communities get charged for food items.”