"I'm most proud of the fact that in all honesty, people who look like me connect to the characters I play," the actor said.

Jay Ellis is speaking out about the meaningful impact his Insecure role has had on his career and the culture.

The actor caught up with PEOPLE at CultureCon Atlanta on May 7 and dished about his character Lawrence on the hit HBO show that ran for five seasons from 2016 to 2021. 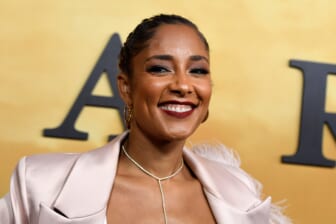 As reported previously by theGrio, Ellis made his directorial debut on the sitcom, leading episode seven of season four, “Lowkey Trippin.” At the time, he shared his excitement about the opportunity in an interview with Entertainment Tonight.

“I was really, really lucky to have a lot of people show me their process and let me shadow them in their journeys, so by the time I got to my episode, I had a lot of theory, and it was really just time to dig in,” he told the outlet.

The South Carolina native began his Hollywood career as a model before he received his first major role on BET’s The Game in 2013. Ellis also starred in the 2019 film Escape Room and will be featured in the upcoming Top Gun: Maverick movie.

“I got to be a part of The Game, which was an amazing experience,” he recalled of his first small-screen role. “[It’s] one of the first shows, if not the first show, to get brought back because of the fans’ support. And then coming to do Insecure, which was obviously magical and just an experience I’ll never forget, I feel like I’m the luckiest kid in the world.”

“One of the things we’ve always talked about is it’s culture’s place to tell us what the show means to the culture, not ours,” Ellis told PEOPLE. “We just wanted to tell stories that resonated with folks like us and made people feel like their story was being told. And the rest is icing on the cake.” 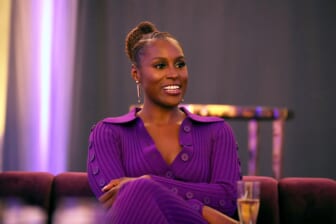 Series creator and star Issa Rae agreed, telling The Hollywood Reporter, “I didn’t anticipate how much in their feelings people would be and how much they would put on us to deliver.” She added, “It’s done now, so nothing I can do about it!”

She also noted that Insecure, “was for us, by us, and opened the doors for a lot of your faves.”