Democrats need to listen to the left

OPINION: If Democrats want their voters to show up at the midterm elections, they need to cater to their base the way Republicans cater to theirs. 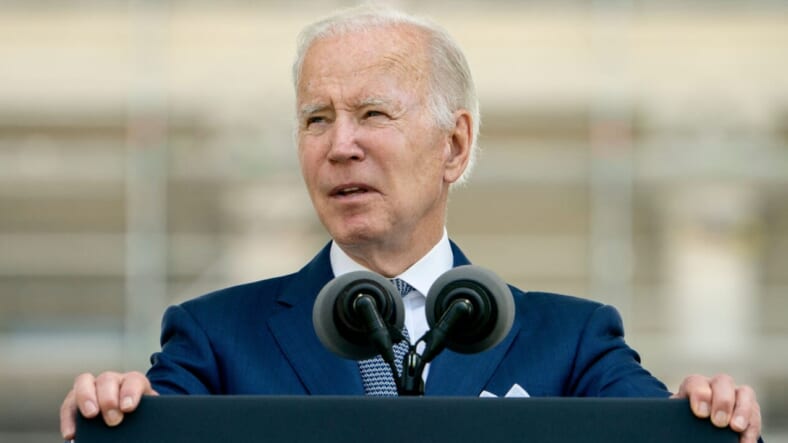 President Joe Biden delivers remarks during the National Peace Officers Memorial Service at the US Capitol in Washington, DC, on May 15, 2022. (Photo by Stefani Reynolds / AFP) (Photo by STEFANI REYNOLDS/AFP via Getty Images)

After the unprecedented leak of a draft opinion from the Supreme Court, we learned that the court not only stands poised to overturn Roe v. Wade, destroying women’s right to choose, its ruling could lay the groundwork to overturn other rights based on the right to privacy, like the right to contraception, gay marriage and interracial marriage. For years, people worried and warned that this could happen but they were dismissed as alarmists. In that time, Democrats made no steps to codify Roe, even as more conservatives ascended to the bench. 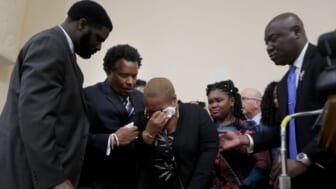 Now, as is always the case when their base expresses frustration, they’re told to vote blue and are dismissed. But that’s just it—they are and have been voting blue—and they’re tired of Democrats doing nothing but telling them to vote. With Joe Biden’s popularity at nearly an all-time low, and the midterms approaching, Democrats are concerned Republicans will gain control of the House and the Senate. Rather than address why their voters are disenchanted with the party, Democrats are doing what they always do—ignoring, blaming and criticizing their base and progressives who elect them, in favor of pandering to fair-weather white moderates and conservatives who won’t.

Thanks to Black women, who drove voter registration throughout the country and are the Democrats’ most loyal voters, more people voted for Joe Biden than any president in history. But many weren’t voting for Biden; they were voting against Trump. Biden was flaunted as a moderate candidate who would give us much of the world we knew pre-Trump, which wasn’t ideal, but it was better than the alternative. Remember, Biden unsuccessfully ran for president twice, and 2020 was the year the movement against police brutality became the largest civil rights movement in history. He was never our first choice, and people wanted real systemic change, but many on the left acquiesced to voting for him as the lesser of two evils in the hopes that he could be pushed farther left.

Instead of moving farther left and in keeping with the heavily peddled lie that “defund the police cost Democrats in the last election,” Biden proposed giving $350 billion to “refund the police” at a time when 1) America already spends $205 billion on policing; 2) police were never defunded; and 3) police shot and killed 1,045 people last year. He’s faltered on even his most popular campaign promises, like protecting voting rights and forgiving student loan debt. He didn’t even quite honor his promise to send out $2,000 stimulus checks once he was elected.

As nightmare becomes reality, and Republicans propose and pass oppressive laws that affect marginalized communities all over the country, Democrats are using the opportunity to galvanize voters’ support. They insist that if they win more seats in the midterm, they’ll use their majority to codify the right to an abortion. How are we to believe that when establishment Democrats are rallying behind anti-abortion candidates like Rep. Henry Cuellar in Texas?

Not only are they failing to do anything or to even inspire faith that they will do something in the future, they don’t even offer any comforting words. They’re too busy chastising their base for peacefully protesting outside the homes of justices serving on the same court that ruled people could protest outside the homes of doctors who provide abortions. Before they even made a futile attempt to codify Roe, they first helped the right reframe peaceful protests as potentially violent and successfully passed a bill in the Senate to increase security for the justices gutting our rights (the bill still needs to pass in the House). Meanwhile, the right is busy doxxing Democratic judges and calling for their assassinations. 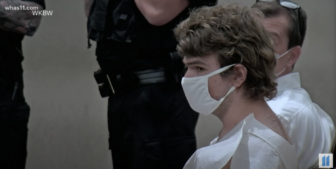 Republicans, on the other hand, continue to cater to their base and whatever nonsensical causes they commit to. No matter what rights Republicans have to assault, books they need to ban, marginalized groups they have to attack, bigots they have to prop up or insurrectionists they need to both inspire and defend, Republicans serve their base. They not only have no interest in aligning or compromising with the Democrats, they relish in the opposite.

If Democrats want their voters to show up for them in the midterms as they did for the presidential election, they need to keep their campaign promises and cater to their base the way Republicans cater to theirs. We don’t need to keep telling people to vote; we need to start telling Democrats to listen.

Olayemi Olurin is a movement lawyer and a political commentator in New York City.