On ‘Mr. Morale & The Big Steppers,’ Kendrick Lamar looks inward to find his best self

OPINION: Lamar's fifth studio album is an introspective, melancholy and boldly honest step into the depths of an artist's soul. 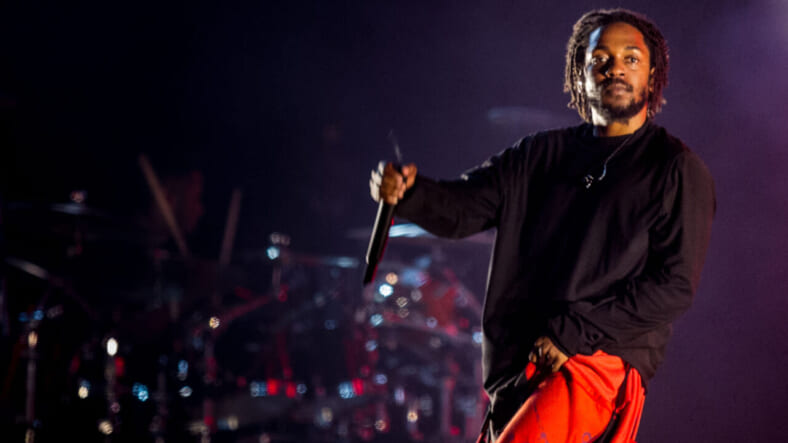 Kendrick Lamar is the greatest MC of his generation, and it’s not even close. With his complex lyrics, liquid flows, and boldly original thoughts, he’s the perfect modern MC—a true artist.

When we talk about the greatest MCs of all time, we always talk about Jay-Z, Nas, Biggie and a few others. To not put Kendrick in that conversation after five incredible albums and zero meh ones is absurd. His fifth studio album, Mr. Morale & The Big Steppers, is an introspective, melancholy and boldly honest step into the depths of Kendrick’s soul—it begins with the line “I hope you find some peace of mind in this lifetime,” because he is troubled. No other major MC would even think to attempt something of this sort of spiritual ambition. Few artists in any genre would. 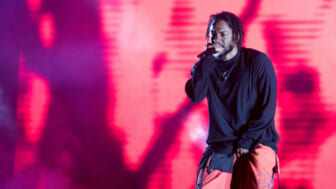 One of the biggest secondary voices on this album is his spiritual teacher, Eckhart Tolle, the author of The Power of Now. This is an album from someone who’s done a lot of seeking and searching and therapy. Kendrick is someone who’s thought deeply about who he is—someone who’s troubled by what he sees in himself but who is willing to do the work to show up as a better man. Hip-hop is so often about posturing, ego and bravado—even when rappers mention their demons it’s usually to say they’ve conquered them, thus revealing them as conquers. Kendrick has put so much of himself and his most powerful stories on this record—not as a way of saying he’s conquered his demons, but just so he can tell us who he is. This album, in its deepest moments, is courageous in a way that music rarely is.

In “United in Grief,” Kendrick tosses off a list of things he bought but never really cared about but in the next song, “N95,” he says the real point is, when you strip away everything, who are you really? The songs contradict in a way that’s real, in a way that suggests Kendrick is searching, taking stock of himself and understanding that he makes mistakes all the time.

On this album, Kendrick is like a prophet or a mystic or a philosopher who’s contemplating the mountains and valleys inside himself. On “Worldwide Steppers,” he goes on and on about a white woman he slept with on tour then ends up castigating himself—“ancestors watchin’ me fuck was like retaliation.”

There’s lots about the challenges of family on this album. “We Cry Together” is a moving portrait of a couple in the midst of a vicious argument—the song co-stars Taylour Paige (who was incredible as the star of Zola). This couple tears at each other’s soul and self-image, roaring at each other in ways that we may see in movies but almost never hear set to music. But their painful interplay feels totally authentic—you probably feel like you’ve had that same sort of argument with some significant other. In the end, their fight devolves into a moment of lust, which is typical of the way relationships can flow from toxic to passionate and back. It’s perfect that Kendrick’s real-life wife Whitney Alford comes in at the end to say, “Stop tap dancing around the conversation” because it’s time to keep it real. Nothing was resolved in this song—Kendrick still has work to do.

The sound of tap dancing comes up several times in this record, and we know tap dancing is figuratively the act of avoiding the point—is Kendrick trying to remind himself to get back to the point? It also makes for a great drumbeat for him to flow over but more than that tap dancing is a part of Black history, a way of entertaining that has grown increasingly complex throughout the last century—is he pointing out that this music could be viewed as entertainment but it’s so much more?

He tells you he’s sensitive, he’s a complex soul, he lacks trust, and he struggles with wanting to please everybody but knows he can’t. He knows he wears a crown in that he’s a central figure in modern hip-hop, and he is. Everyone who cares about the genre was waiting for this album, and that weight is heavy on him, but if he feels that pressure, it doesn’t sound like it. The album is never poppy or easy to love. He’s not trying to be enjoyed. That said, Kendrick’s ear for music is incredible. The beats he surrounds himself with are unique and precious. It’s hip-hop yet it’s jazz, yet it’s blues, yet it’s whatever he wants—the music often doesn’t easily reveal a categorization. Anything can become hip-hop, especially when you have someone who can flow over anything like Kendrick. As an MC, he takes a totally different approach to each song, rhyming quickly, then slowly, loud then soft. He’s a master of the voice and truly uses it as an instrument, employing a unique aspect of that instrument on each song. 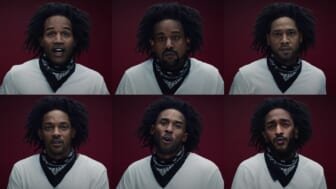 “Auntie Diaries” has become one of the most discussed songs in these early days of the culture imbibing this album. That fits because it’s a song about the trans people in Kendrick’s family and in his life, and cis people’s reaction to trans people is a hot topic nowadays. The song is also controversial because Kendrick uses the f-word repeatedly, though I suspect those who are scolding him for using it are perhaps missing the point. Kendrick has here, as in many places on this album, told a deep story about himself and the people in his life. On “Mother I Sober” he goes into sexual traumas in his family, and it’s almost too deep to listen to repeatedly. On “Auntie Diaries,” he tells two stories—one about a cool trans uncle, who he says outmans the cis men in the family, and his trans cousin Mary Ann. In both stories, Kendrick is thoughtful, respectful, loving and accepting. He stands up for the trans people in his family both inside of the stories he tells and in the song itself. At a key point, he challenges their preacher in church.

In the song he employs the f-word to call himself out for using that word when he was younger. If he had used the f-word thoughtlessly, as we’ve heard too many times in hip-hop, that would be something else, but Kendrick is using it as a way of pointing a finger at himself—I shouldn’t have done that but “we ain’t know no better.” I can definitely recall a time when the f-word was thrown around more freely because many of us did not realize the hurt that using the word caused LGBTQ people. I can also recall a time when the word “tranny” was used as a descriptor of people we liked or understood. The meaning and the weight of certain words changes over time, and many straight people now understand the evil power those words have.

Now most thinking people know that those words are unacceptable slurs, and Kendrick, as an artist, is pointing back to a younger self who didn’t know better and is saying now he does. And in the end of the song, he tells us his trans cousin gave him a sort of devil’s bargain—she’ll allow Kendrick to say the f-word if he’ll let a white person say the n-word, which is, of course, unthinkable for him and most Black people. What Kendrick is doing there is linking these two words in the listener’s mind and saying the f-word is just as bad as the n-word, a powerful statement. That’s controversial—many Black people would disagree—but to have the great Kendrick align these two words establishes him as an LGBTQ ally. To chide him for even uttering the f-word when he uses it to get to the point of saying Black people should see that word the same way we see the n-word is to miss the power of the idea that he’s left in straight minds through this song.

Near the close of the album, at the end of “Mother I Sober,” Alford says, “You did it. I’m proud of you. You broke a generational curse.” She doesn’t mean they got out of poverty. She means something much deeper—Kendrick interrogated himself and prevented himself from bringing the toxicity that he grew up with into his own family. He created for his children a family that will be much more nurturing for them than Kendrick’s childhood family was for him. I hear that, and I want to cry. That’s what modern Black parents need to do—protect our children from the pains that were handed down to us. But that’s so hard. Kendrick has done the work to help him accomplish that lofty goal. An album like this is the product of years of studying music and years of studying yourself and it’s one of the great albums in hip-hop history.