The 5 biggest moments from the 2022 Billboard Music Awards

Sunday’s Billboard Music Awards (BBMAs) was one for the books. As Sean “Diddy” Combs took on hosting and executive producer duties, the evening was full of memorable moments.

Some of the highlights were the live performances from artists including Silk Sonic with “Love’s Train,” their stellar cover of the Con Funk Shun classic, and Megan Thee Stallion bringing the crowd to its feet with a steamy rendition of “Sweetie Pie,” featuring a contingent of gyrating background dancers. 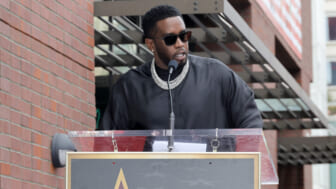 Both Kanye West and Drake were among the biggest winners of the evening, winning six and five awards respectively. While West cleaned up in the Christian and gospel categories, Drake took home Top Artist of the Year for the third time in his career.

There were also a handful of controversial moments throughout the evening. One was country singer Morgan Wallen returning to the awards show stage as a performer and winner more than a year after being temporarily suspended by his label when a clip of him using the N-word went viral.

Here are theGrio‘s five biggest moments of the 2022 BBMAs.

Show host Combs started off the evening with an opening medley, featuring himself, Jack Harlow, Bryson Tiller, and Teyana Taylor, premiering a new song, “Gotta Move On.” From there, he delivered his opening monologue, proclaiming that he wasn’t merely a host, but a “vibe curator” and a “the frequency elevator.” He even dropped the N-word, an indication of just how comfortable he was feeling in the role.

In fact, Combs felt so comfortable, that he periodically brought his “butler,” Frank, onstage, who served him drinks, brought him hand lotion and introduced Rauw Alejandro’s performance.

Travis Scott has slowly climbed back into the spotlight following the tragic Astroworld Festival incident last November that claimed the lives of 10 people. The Houston rapper performed a brand new song entitled “Mafia” on a set piece built like a glacier, dressed in all-white. His set also included dancers and models wearing fur coats, surrounded by ice blocks.

The 2022 BBMAs went beyond just celebrating musicians on Sunday night. In a surprise move, Combs brought out activist Tamika Mallory to present her with the REVOLT Black Excellence Award. The 2017 Women’s March organizer addressed the Buffalo mass shooting from the day before. “Just yesterday, ten people lost their lives because of a racist act, and while they arrested the person who did the killing, they haven’t arrested the hate,” Mallory said.

Later that night, the BBMAs gave its Change Maker Award to Mari Copeny, known as “Little Miss Flint.” As a child, she helped bring the water crisis in Flint, Michigan to national attention. Now a teen, she’s remained an activist. Copeny gave a sweet, humble acceptance speech, where she addressed the still poisoned water, the election process, and the current issue with abortion rights. 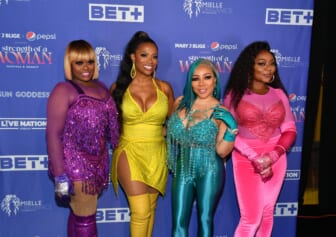 This year marks the 40th anniversary of Michael Jackson’s Thriller, the top-selling album of all time, (though that’s not without controversy). To commemorate this milestone, Maxwell performed a rendition of the album’s closing song, “The Lady in My Life.” Maxwell performed the song once before at the 2010 Grammy Awards, honoring the King of Pop after his 2009 death. This time as he crooned the ballad, he wore a black sequined outfit, a likely homage to Jackson’s iconic Motown 25 look.

The 2022 recipient of the BBMA Icon Award was none other than Mary J. Blige and there to present the Queen of Hip-Hop Soul with the honor was Janet Jackson. The Rock and Roll Hall of Famer mixed in some of Blige’s most famous song titles in her tribute to the “Real Love” singer. Following a pre-recorded tribute video of her accomplishments, Blige came onstage to give her acceptance speech. “What an icon means to me is overcoming obstacles, accomplishing the unthinkable, and be widely admired for having influence over a multitude of people, and that is what I’ve always represented,” Blige said.