J. Cole keeps his promise, attends a fan’s graduation for the second time

The rapper showed up at Cierra Bosarge's graduation from Rowan University years after highlighting her high school ceremony.

J. Cole recently showed up again to support a fan he met nearly 10 years ago.

Cierra Bosarge called in to a radio station in 2013 and asked the rapper to wish her a happy birthday. According to Complex, Bosarge got a call from Cole three months later, and he invited her to meet in person. She gave him a handwritten letter she had penned years earlier during their meeting.

“In the letter, it says all I went through,” Bosarge shared years ago. “With being adopted, my parents being hooked on drugs, in and out of prison. At the time, both parents were in prison, so I asked him could he come to my graduation since they can’t.”

The letter and Bosarge’s compelling story tugged at the heartstrings of the North Carolina-raised emcee, who vowed to attend her high school graduation if she was also accepted into a four-year university. In 2015, she met her end of the bargain, and Cole kept his word and returned to Philadelphia to support her.

Years later, he showed up for Bosarge’s graduation from Rowan University in New Jersey.

Bosarge told Complex after her graduation that it meant “everything” for “the people that matter to me show up for me. I definitely feel the love & that’s what I needed.”

At Rowan, she pursued a journalism major, with a minor in Africana Studies and Arabic. 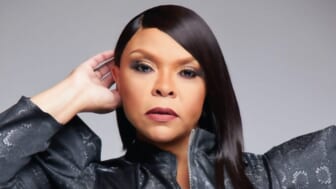 On her big day Wednesday, Bosarge wrote on Twitter: “this is for all the fans that waited, the bitch n—-s that hated, old h–s we dated, look mama, we made it,” posting photos of herself in her cap and gown aside the Dreamville rapper, referencing lyrics in his song, “Nobody’s Perfect.”