An arbitrator said there was no evidence that a police detective had violated the department’s death notification policy.

An independent arbitrator says a police detective in Connecticut’s largest city should have his administrative leave reversed, after he and another officer were taken off the job earlier this year amid allegations of insensitivity in their handling of separate cases in which Black women were found dead in their apartments.

In each of the two cases in Bridgeport, the families of Lauren Smith-Fields, 23, and Brenda Lee Rawls, 53, said police did not notify them of the women’s deaths in a timely manner.

The arbitrator said he was “not convinced” the police department had proven “a condition exists to justify” placing Detective Angel Llanos on leave.

“The union provided a persuasive argument that the grievant’s actions (or inaction) related to the December 12th (case) were no different than his actions with other similar cases,” arbitrator Michael R. Ricci wrote in a ruling dated May 18. 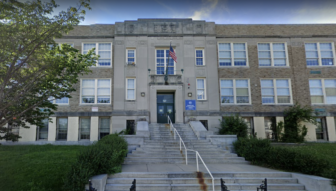 Mayor Joe Ganim, a Democrat, released a video statement in January saying he had directed the department’s deputy police chief to place Llanos and Detective Kevin Cronin on leave while an internal investigation into the handling of the women’s deaths was being conducted. He apologized to the women’s families, calling it an “unacceptable failure” if police department policies involving the death of a family member were not followed.

A message was left seeking comment with Ganim’s office about the arbitrator’s decision.

Brad Seely, president of the Bridgeport Police Union/AFSCME Local 1159, urged the mayor and the city to abide by the arbitrator’s ruling.

“Arbitrator Ricci’s decision demonstrates Mayor Ganim acted inappropriately in ordering Detective Llanos, 33-year veteran with an impeccable career, to be placed on administrative leave for his response to the untimely and tragic death of Brenda Rawls,” Seely said in a written statement. “This was a clear case of the City denying an employee their rights under collective bargaining.”

The union has also filed a grievance concerning Cronin.

Public outcry over the women’s deaths and how they were handled prompted the General Assembly to recently pass a bill that requires law enforcement to notify a deceased person’s family “as soon as practicable” but within 24 hours after identifying the body.

The bill, which is awaiting Democratic Gov. Ned Lamont’s signature, also requires the Office of the Inspector General to investigate any failure to report a death as required by the bill.