Flint Strong, the Claressa Shields biopic, is finally taking shape after major delays due to the COVID-19 pandemic, and some big cast changes have been announced. Brian Tyree Henry, of Atlanta and If Beale Street Could Talk, is filling the role that was initially to be played by Ice Cube.

As theGrio previously reported, Flint Strong has been in the works for quite some time now, after Ryan Destiny was cast as Shields back in 2019.

The screenplay, written by Academy Award-winner Barry Jenkins (Moonlight, If Beale Street Could Talk, The Underground Railroad) tells the story of Claressa “T-Rex” Shields, a boxing legend who became the first woman to win an Olympic gold medal in the sport.

The project initially began shooting in March 2020 but was postponed due to the COVID-19 pandemic. 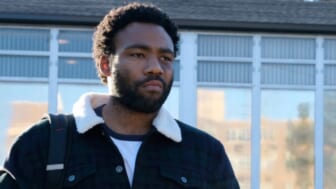 Also Read:
Here’s why ‘Atlanta’ fans may be in for a LONG wait for Season 3

Aside from the addition of Henry, the project has also changed studios. Originally being made by Universal Pictures, now the film will be produced and distributed by MGM. Flint Strong was quietly “let go” by Universal Pictures after producers Michael De Luca and Eisha Holmes left for MGM, per The Hollywood Reporter. Holmes, however, brought the film over to MGM, with De Luca getting Jenkins to join as a producer.

The film will be directed by Rachel Morrison, director of photography for Black Panther who became the first female cinematographer to be nominated for an Oscar with her work on Mudbound.

“Given the difficulties we’ve faced as a global community over the past two years, I salute Rachel for continuing the journey of bringing this wonderful story from Flint, Michigan to the big screen,” said Jenkins in a statement. “Like our protagonist, Rachel Morrison is made of tough stuff, and we all look forward to supporting her and this tremendous cast in getting this film into the can and into a theater near you.” 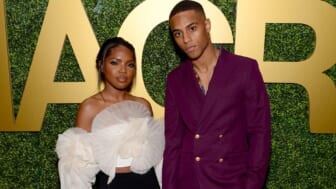 Henry plays Jason Crutchfield, Shields’ coach. Joining Henry and Destiny in the film is Oluniké Adeliyi of The Porter, as her mother, Jackie Shields. Production on the film is officially set to resume next week.