The film will be directed by Rachel Morrison and written by Barry Jenkins. 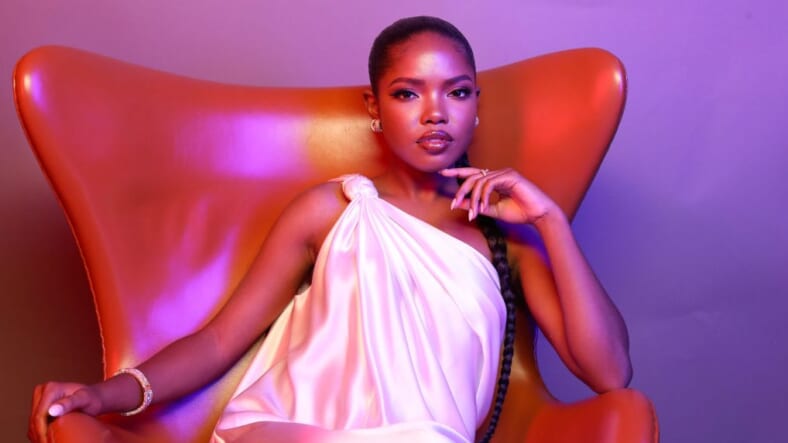 Ryan Destiny is heading to the big screen.

According to Variety, the former star of STAR will star in Rachel Morrison‘s directorial debut, Flint Strong. In it, she will portray Claressa “T-Rex” Shields, the first woman to win an Olympic gold medal in boxing.

The screenplay was written by If Beale Street Could Talk director, Barry Jenkins, and based on T-Rex, the 2015 documentary by Zackary Canepari and Drea Cooper.

EXCLUSIVE: Ryan Destiny on colorism and learning to love her dark skin

The film will follow the Flint, Michigan native who took home the top prize at the 2012 Olympics in London.

Rachel Morrison has made some history of her own. She is the first female cinematographer to be nominated for an Oscar for Mudbound and she was the director of photography for Black Panther.

What’s next for Ryan Destiny after ‘STAR’ cancellation?

Aside from Flint Strong, Ryan Destiny will be back on the small screen after the cancellation of Lee Daniels’ STAR. Over the summer, she nabbed a recurring role on the third season of Grown-ish alongside Yara Shahidi, Trevor Jackson, Luka Sabbat, and Chloe x Halle.

Destiny will play Jillian, a transfer student from an HBCU who has come to study filmmaking at Cal U. Smart, worldly, and cultured, Jillian can talk art and music with Luca (Luka Sabbat), politics and activism with Aaron (Trevor Jackson), and also fits right in with Zoey (Yara Shahidi) and her eclectic crew of girls.