The award came in response to a Facebook fundraiser that has netted nearly $240,000.

Two Maryland teens are dealing with the hard reality that life must continue without their parents, but in the face of tragedy there is some hope in the form of good news.

This tale began with a car crash that killed Kyle Savage, Sr. and his wife, Charlene Savage. According to the Prince George’s County Police Department, the Savage’s SUV was traveling in the early morning hours of Saturday, May 21 when it left Annapolis Road in Bowie, Maryland, striking a pole, then catching fire. Police later confirmed that the two occupants were pronounced dead at the scene.

In the aftermath of the accident, there’s been an outpouring of support for the couple’s two sons, Kyle Jr., 17, and 14-year-old Knico. By many accounts, the couple was beloved in their Woodbine, Maryland community near Baltimore. Kyle Jr. was looking forward to attending Hampton University in the fall, so a Facebook campaign was launched to assist him with tuition.

“Help support Kyle Jr. go to college this fall” was launched on May 22 by longtime family friend, Kester Irwin Hanley Cross II. He wrote in a Facebook post, “The devil took their parents away but the God in us gives us resources to support the two left of this Fantastic Four.”

Cross said he asked people to donate what they could, hoping to raise $40,000 for Kyle Jr.’s first year at Hampton. His vision proved to be too small. In the days after the fundraiser went live on the social media site, nearly $240,000 has been raised at this writing. 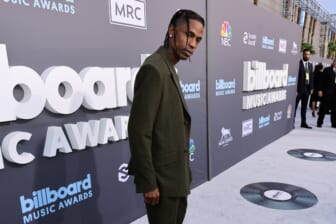 “On Sunday, we asked the village to help cover the oldest for one year and we have been blessed with enough resources to assist both boys,” Cross announced in a follow-up Facebook post.

In the same post, Cross disclosed that Hampton University President William Harvey had awarded the incoming freshman a full scholarship.

“I recently learned of the tragic loss of your parents and wanted to reach out to offer my sincere and heartfelt condolences,” Harvey wrote in a letter to Kyle Jr., that was also released to theGrio. The scholarship is effective with the 2022-2023 academic school year and is guaranteed for eight consecutive semesters provided Kyle, Jr. remains in good standing with the university, Harvey added.

“It was their dream for these boys to go to college and thank you to all that are assisting with this dream in this tragic time,” Cross wrote in another Facebook post. 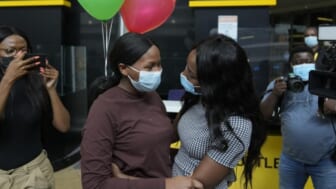 The Facebook funds will be placed in an educational trust controlled by a sister of Kyle Sr. She will also assume guardianship of the boys, according to the fundraiser page.

The homegoing ceremony for Kyle Sr. and Charlene Savage will be on June 6 at the First Baptist Church of Glenarden in Upper Marlboro, Maryland.

Kelsey Minor is a two-time Emmy winning freelance reporter based in New York City. You can follow his work on Twitter @theKELSEYminor.