“He loves me and my children in a way that has changed my life and my heart," Shaunie said.

Congratulations are in order to newlyweds Shaunie O’Neal of Basketball Wives fame and pastor Keion Henderson!

The two united in marriage on Saturday with a Carribean ceremony attended by almost 200 guests, during which Shaunie was escorted down the aisle by her three sons, Shareef, Shaqir and Myles, according to PEOPLE.

“I just lost my dad in February, so, I really struggled with how I was going to get down the aisle,” Shaunie told the outlet. “Losing my dad in the midst of planning this wedding was a lot, so my sons handed me off.”

Also in attendance at the event in Anguilla were Shaunie’s daughters Amirah and Me’Arah, who along with Shareef and Shaqir, are fathered by NBA legend Shaquille O’Neal. The couple separated in 2011 after a nine-year marriage. 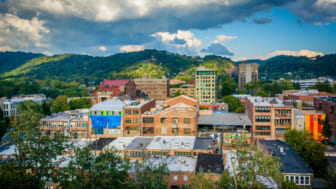 Henderson, 41, proposed to O’Neal, 47, in November 2021 after the two dated for nearly two years, as previously reported by theGrio.

At the ceremony, Shaunie donned a shining gown designed by Jean Louis Sabaji and stylist Eric Archibald. She wore jewelry by David Yurman and shoes from Jimmy Choo. Shaunie’s hair was styled by Diamond Johnson, and Alaina Saulsberry did her makeup. Henderson wore a cream-colored Dolce and Gabbana tuxedo, PEOPLE reported.

“Keion is an extraordinary man of God. He’s wise, he’s supportive, he’s so loving and attentive,” Shaunie told PEOPLE about her now-husband.

“He loves me and my children in a way that has changed my life and my heart. He makes me want to be better every day. And I pray that I do the same for him,” she said. 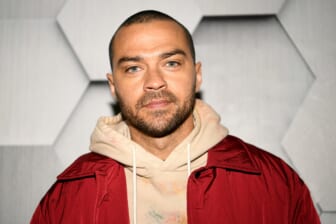 Shaq, 50,  appeared on The Pivot Podcast earlier in May to reflect on losing the “perfect situation” he and Shaunie had during their relationship. He admitted that he was at fault and found himself “lost” after his wife and their kids relocated.

“Seventy-six thousand square foot house by yourself, lost. No kids, go to the gym, nobody’s playing in the gym. Go to their room, nobody’s there,” Shaq said.

“The best feeling for me was coming home and hearing five, six different voices,” Shaq said. “Don’t matter if I missed 15 free throws and we lost, they don’t care about that.”

He said he regrets how things ended between he and Shaunie and has done a lot of self-reflection in the years since about how he would have acted differently. “I was just being greedy,” he said.