The Black Lives Matter organization provided $1.4 million in grant money to a nonprofit founded by the mother of Michael Brown. The Michael O.D. Brown We Love Our Sons & Daughters Foundation, founded by Lezley McSpadden, was created shortly after Brown was killed in 2014 by a Ferguson, Missouri, police officer.

According to a report from St. Louis Business Journal by way of local outlet KSDK, the date the grant was awarded is not indicated in the BLM tax filing. The purpose of the grant was “to conduct activities to educate and support Black communities,” per the filing. McSpadden’s foundation raised $44,129 in 2015, $39,591 in 2016 and $11,803 in 2017. Recent tax information from the foundation was not available in the report. 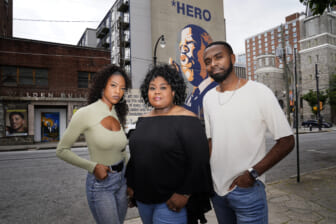 The Michael O.D. Brown We Love Our Sons & Daughters Foundation website lists a handful of programs such as Rainbow of Mothers, a program and support group for those who are grieving the loss of a child.

The foundation also hosts a program called the S.T.R.I.V.E.E. Institute, which stands for Siblings Thriving and Ready to be Involved as Valuable Examples of Excellence. Like the Rainbow of Mothers program, the institute provides “curriculum and training for children and adolescents as they face a ‘new normal’ in the wake of the loss of a sibling or parent.”

Black Lives Matter has endured scrutiny regarding its finances, prompting calls from members of the group and its opponents for transparency.

In April, New York Magazine revealed in an explosive report that BLM funds were used to purchase a home for $5.9 million in October 2020. BLM defended the decision, saying the house was for operational uses, including as an artist retreat.