OPINION: When lives are at stake or after lives have been taken, police will always try to spin the situation in their favor and place themselves in the best possible light. 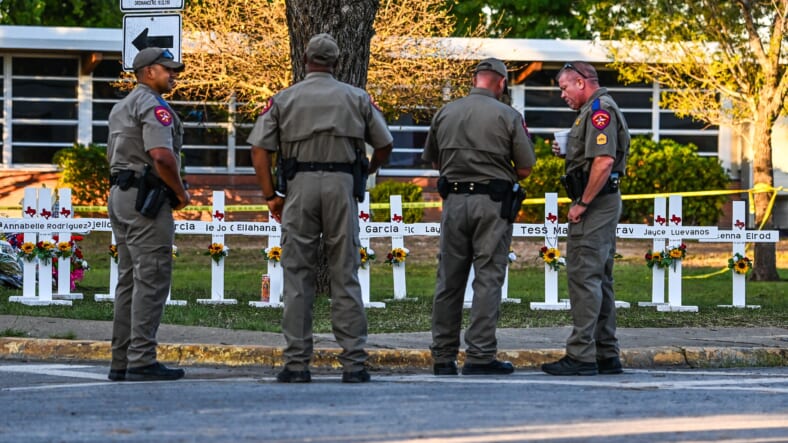 Police officers stand near a makeshift memorial for the shooting victims at Robb Elementary School in Uvalde, Texas, on May 26, 2022. (Photo by CHANDAN KHANNA/AFP via Getty Images)

Police do lie, and often. Those who accept what police officers say as the God’s honest truth are likely to get their feelings hurt at some point. While many reporters working the crime beat simply rely on the police department press releases to get to the “truth”—and copy and paste the police statements into their articles—the Uvalde, Texas, massacre, has revealed what many in the Black community and other communities of color have known since forever.

Cops have been known to lie routinely, and these lies have cost many lives. 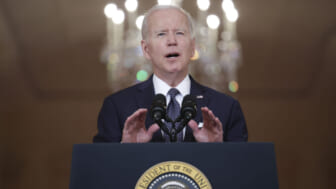 As coffins are being prepared with Superman, Transformers logos and cartoon dinosaurs for the Latinx children who died in Uvalde, the police who bear responsibility for their deaths by doing nothing to intervene are planning the coverup. In a state with a long history of lynching people of Mexican descent and a predominantly Mexican-American town run by a racist white man who could be mistaken for a Klansman, it should be no surprise that the Uvalde police care little about dark-skinned, Spanish-speaking children. This, even as some of the police officers are themselves Hispanic, in a town that is 82 percent Hispanic.

Since the tragic mass shooting that left 19 children and two teachers dead and over a dozen wounded from a gunman’s AR-15 weapon, the statements and behavior on the part of law enforcement make no sense. Nothing adds up here. Officials claimed police had confronted the gunman before he entered the school; then they backtracked on that version of events. The school police chief claimed the standoff was a “barricaded subject situation” and refused to go in and save the children, even as students were calling 911 for help from inside the classroom. Uvalde police even tried to shift the blame by claiming a teacher left a door open and allowed the shooter to enter, a claim that turned out to be false after a lawyer for the teacher in question disputed the account.

No one understands why the police blocked parents from entering the school to collect their kids—harassing and threatening to arrest some parents—when law enforcement stood around and refused to act. Yet, some officers reportedly went inside the school to retrieve their own children.

The cops in Uvalde have told so many falsehoods that even the deceitful and diabolical Texas Gov. Greg Abbott said he was “livid” and “misled” by the police account of events. Meanwhile, the Uvalde police are no longer cooperating with the investigations underway, and the police chief said they will explain themselves “when the families quit grieving.”

We have seen this before. The Uvalde shooting is a reminder that when lives are at stake and after lives have been taken, the police will always try to spin the situation in their favor and place themselves in the best possible light.

Sometimes, the police report does not match the video. When North Charleston officer Michael Slager shot Walter Scott in the back like a runaway slave in 2015, Slager claimed Scott was reaching for the officer’s taser. However, the video proved otherwise.

Police will lie to children for the purpose of locking them up. The NYPD coerced the five teens known as the Central Park Five into confessing to the brutal 1985 rape and beating of a white woman. They spent years behind bars for a crime they did not commit because the police lied to the boys. The cops made the teens believe they were merely witnesses to a crime and told them they would go home if they implicated the other teens.

Brian Encinia—the state trooper who stopped Sandra Bland for failing to signal a lane change and arrested her before she was found dead in a Waller County, Texas jail cell—was charged with perjury for allegedly lying in the police report following her arrest. The charge was dropped when Encinia agreed to forfeit his police license.

Another classic case of lying cops is the police execution of Laquan McDonald, shot 16 times by Chicago Police Officer Jason Van Dyke in 2014. The police report justified the shooting of McDonald by claiming the teen committed an aggravated assault against the officer with a knife. At least 16 police officers were involved in the coverup to hide the facts, according to a report from Chicago’s inspector general. False statements from police served to “mischaracterize the events leading up to the McDonald shooting, and to thereby bolster a false narrative which might offer justification for the shooting,” said the report. The report also found the officers not only made up the details but would not have been able to hear any conversation between McDonald and Van Dyke based on where they were standing during the interaction. As a result, cops were fired for lying in the case.

According to a report from the National Registry of Exonerations, lying police and prosecutors are one reason why Black people convicted of murder are 50 percent more likely to be innocent than others convicted of murder, and innocent Black people are 12 times more likely to be convicted of drug offenses than innocent white people. Since 1989, 3,149 innocent people have been exonerated after spending a total of more than 27,080 years in prison. In 35 percent of the cases, police officers committed misconduct. “They were responsible for most of the witness tampering, misconduct in interrogation, and fabricating evidence—and a great deal of concealing exculpatory evidence and perjury at trial,” the report said. 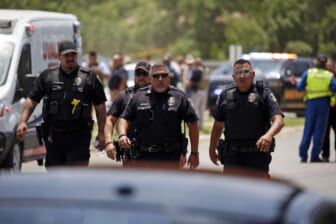 And the police officers who stand up to corrupt and lying cops receive death threats and are punished and ostracized, and the department will not protect them. Former NYPD detective Frank Serpico, who was shot in the face possibly by other police after whistleblowing on police corruption and racketeering, said that while cops once planted knives or guns at a crime scene, now all they need to do to is justify the use of deadly force by claiming their life was in danger or they acted in self-defense. Using pure lies, police will invent the official testimony that becomes part of a police after-action report. He calls it “testi-lying.”

When folks say you don’t understand that police officers have a tough job, they make a good point. After all, lying is hard work.