The Def Jam rapper was shot while visiting a woman in an apartment in suburban Atlanta.

Trouble, a rapper from Atlanta, was shot and killed Sunday during a home invasion, according to NBC News.

Trouble, born Mariel Semonte Orr, was shot while visiting a woman at Lake St. James Apartments in Conyers, Georgia. According to Rockland County Sheriff’s spokesperson Jedidia Canty, a suspect has been identified as Jamichael Jones. 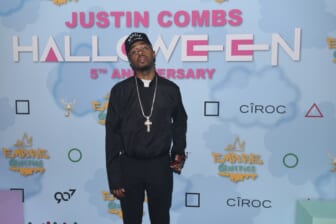 Jones, a 33-year-old Atlanta resident, was involved in a “domestic situation” with the woman Orr was visiting, Canty said. Jones broke into the woman’s apartment with a weapon, opened fire, and struck Orr, who was pronounced dead at the scene at 3:20 a.m., Canty said. There was no report of injuries to the unidentified woman.

Canty said authorities are searching for Jones and have warrants for his arrest on charges of murder, aggravated assault and home invasion. She said deputies were searching all known locations that he frequents. Authorities believe that he is either in Atlanta or in Jonesboro, as reported by News 11 Alive.

Def Jam, the label that released some of Orr’s music, issued a statement about his death, via Instagram. “Our thoughts and prayers are with the children, loved ones, and fans of Trouble. A true voice for his city and an inspiration to the community he proudly represented.”

Orr was best known for songs like “Ain’t My Fault” featuring Boosie Badazz, “Come Thru” featuring The Weeknd, “Bring Back” featuring Drake, as well as his 2011 mixtape, “December 11,” signifying the day he was released from prison. Orr made other contributions to the region besides music. In 2019, he helped organize an anti-gun violence event in Atlanta, “Guns Down, Water Guns Up.”

Although the event was criticized because many police officers were exorbitantly drenched with water, Orr said it was “nothing but pure fun and energy” and that he was getting good feedback for using his platform for good.

“Somebody brought it to my attention yesterday like, man, you went from making the news for problems as far as what you’re going against right now to being on the news on a positive note,” Orr told News 11 Alive after that event.