The Indianapolis Children's Museum faced criticism and vowed to do better.

The Children’s Museum of Indianapolis has removed the item and apologized for selling watermelon salad in its food court as part of its Juneteenth menu.

“As a museum, we apologize and acknowledge the negative impact that stereotypes have on Black communities,” the museum said in a statement on its website. “The salad has been removed from the menu. We are currently reviewing how we may best convey these stories and traditions during this year’s Juneteenth celebration as well as making changes around how future food selections are made by our food service provider.”

On June 3, the museum created a Facebook post inviting people to its Juneteenth Jamboree, which promised several activities, including live music. The post did not mention the watermelon dish.

But as the day progressed, various people started pointing out the $10 pre-packaged “Juneteenth Watermelon Salad” and criticizing the museum.

“Our food service provider uses the food and beverage menu to commemorate and raise awareness of holidays like Juneteenth,” the museum said. “The team that made this selection included their staff members who based this choice of food on their own family traditions. 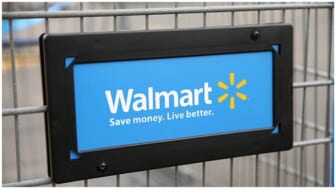 But over time, white people, upset by emancipation and the success of Black people, turned a symbol of prosperity into one of poverty and shame. They used watermelons to depict Black people as lazy, childlike and unclean.

Juneteenth celebrates the emancipation of enslaved people, who were declared free starting Jan. 1 1863 by the Emancipation Proclamation. However, it took more than two years for the news to reach enslaved people in Texas. They first learned of the proclamation on June 19, 1865. 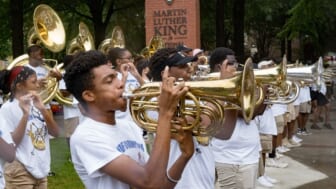 Juneteenth, celebrated on June 19, became a federal holiday in 2021.

“As we work to create a culture of empowerment and inclusivity, we know there will be stumbles along the way,” the museum statement read. “As a museum, we have put a significant effort behind sharing the critical and diverse stories of a wide range of individuals. We also have placed a strong emphasis on expanding DEAI [diversity, equity, accessibility and inclusion] initiatives throughout the museum. We resolve to do better, and continue bringing all voices forward in our work.”