The Oakland, California city council on Tuesday voted unanimously to recognize racism as a public health crisis and approve a $350,000 boost in funding for racial equity staffing.

With the council’s approval, two new employees will be hired to support the city’s Department of Race and Equity, formed in 2015 to “achieve more equitable outcomes for Oakland residents,” according to a staff report reviewed by the San Fransisco Chronicle.

A consultant and a data analyst will join Darlene Flynn, the department director, in pinpointing inequities faced by residents and with the goal of developing “means, steps and procedures to advance equity,” Barbara Parker, city attorney, said at a city council meeting, per the San Fransisco Chronicle.

“We have a long way to go,” Parker said. “We begin that long journey with that first step and we think this is an important one.”

The Oakland City Council in May 2020 unanimously adopted a resolution declaring that the city’s Black and brown residents faced a local health emergency due to disparate impacts of the COVID-19 pandemic. 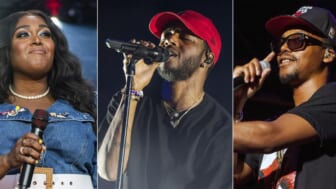 Parker, Flynn and City Administrator Ed Reiskin introduced the latest ordinance, with co-sponsorship from councilors Loren Taylor, Treva Reid and Sheng Thao, according to the outlet.

In the staff report, which found that adverse health outcomes are more commonly faced by Black and brown people than white counterparts, Parker, Flynn and Reiskin wrote: “The link between racism and disparate health outcomes is well-established and indisputable.”

“Similar disparities between Black Oaklanders and their white peers can be observed in preventable hospitalizations, rates of diabetes, asthma, hypertension, and heart disease, death rates due to opioid overdose, babies born with very low birth weight, infant mortality, and beyond,” city staff said in the report. 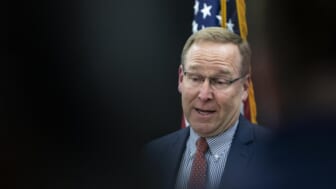 Staff recommendations to the board included accounting for how equity can be achieved citywide in “all aspects of city planning, policymaking, laws, contracting, and hiring,” as well as outlining next steps to advance progress.

From 2020 to October 2021, about 70 cities, roughly three dozen counties, and three states made similar declarations, according to the American Public Health Association.