Less than an hour before the premiere of the documentary Quiet Pioneer: The Wilbur Jackson Story, co-producers Jon Nelson and Phil Cantor didn’t try to hide their emotions.

“I am a nervous wreck because of the gravity of the project and the internal pressure because you want to do the story justice and do it right,” Nelson said. “The fact you’re doing it here in the hometown for the first time any group of folks will see it, you’re hoping that it comes out the right way.”

The soft launch of the film was held recently at The Flowers Center for the Performing Arts in Ozark, the hometown of Jackson, the first Black scholarship football player at the University of Alabama in 1969 who went on to an eight-year career as a running back in the NFL.

Jackson moved back to his hometown after his professional football career. Only a handful of people had previously seen the film, which has been in the works since 2016, before the premiere. 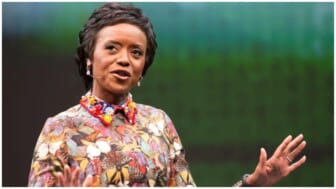 “We wanted to take it and start it here, because the story, first of all, is here,” Cantor said. “And secondly, we need some feedback to make sure we’ve done the story justice.

“By doing it as a soft launch, if we need to go back and tweak some things and make some adjustments, I can go back and do that through the edit process.”

Nelson and Cantor had worked in television for 30 years before starting the OSG Sports website, which stands for Online Sports Guys. The story of Jackson is their first documentary.

“When we were working in broadcast television together in Atlanta, there’s only so much time you get on a sportscast to tell a story,” Nelson said. “We would always have to lobby our news producers, and our sports producers … hey we need this extra time to tell this great story.

“Being able to do these type of projects lets it breathe. That’s the kind of stuff that we’ve always enjoyed doing — the story-telling aspect of it.”

Neither of the producers can take credit for the decision to feature Jackson.

“My wife, Patty, gets full credit,” Nelson said. “She is from Ozark. She grew up here, went to Carroll (High School) and she’s like, ‘Why don’t you do a documentary on Wilbur?’ because Phil and I have been trying to find subjects to do documentaries on.

“We knew, since we are sports guys up in Atlanta … we knew what Wilbur meant, but if we don’t tell it, it gets lost,” Nelson said.

The documentary involves interviews with Jackson’s family, friends, teammates and coaches — the likes of Dexter Wood, Sylvester Croom, Richard Todd, David Cutcliffe, Ellis Beck and the late Pat Dye — many recognizable names to followers of football in the South.

An interesting name that won’t ring a bell for many football fans — Joe Dowdy — was one of the more interesting subjects.

“So I fly up to Minneapolis, Minnesota to interview the guy (Dowdy) at his house,” Nelson said. “That was his first roommate (at Alabama), and Joe was one of those side roads that we went down.

“The whole story about Wilbur being paired with a white teammate to be his first roommate … Joe was fantastic to tell that part of the story.

“Literally, you go down a road and think that here’s the path, then all of the sudden somebody will say something and it will take you in this direction.

“I mean, when Sylvester Croom gave us the great stories of what it was like to have him as a teammate/roommate when they were all living in the dorms. Coach Dye with the recruiting part of it … we were able to catch up with him before his health took a turn.”

But the biggest help may have come from the people of Ozark during the initial stages of the work six years ago, such as Patty’s father, Dr. Pete Mosley, and longtime newspaper publisher of the Southern Star, Joe Adams.

“Without the Encyclopedia that is him, we couldn’t have found half of what we found. Joe was great,” Cantor said.

Tom McClendon Jr., who is the son of Jackson’s coach at Carroll High, provided some video of Jackson during his high school days. 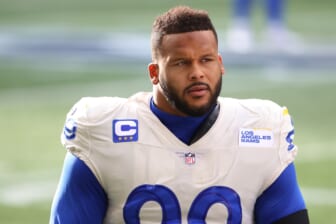 “We were able to get them copied over to a digital format to edit,” Cantor said. “We got just a trickle of video from the folks at the Alabama Sports Hall of Fame, but it was very difficult to come by. We got a few photos we could use as well.”

Getting people to talk about Jackson, who is a very humble man, wasn’t hard.

The plan is to show the documentary at several film festivals and later make it available for people to download online.

“They can view the trailer, which is on the OSG Sports You Tube channel,” Nelson said. “Then just keep an eye out on (theonlinesportsguys.com) and on social media to keep track on how things are advancing.”