City honors man who fought to integrate U of Fla. law school, then gave up his fight so Black people could earn master’s degrees

A new plaque honoring the legacy of Virgil D. Hawkins was mounted at the site of his former law office in Leesburg, Florida.

The story of Virgil D. Hawkins life is one of great personal sacrifice. Hawkins was a “civil rights advocate who fought to end segregation at the University of Florida College of Law,” according to a new plaque in Leesburg, Florida, that honors his life and legacy, mounted last week at the site of his former law office downtown, The Orlando Sentinel reported.

“Today, the family of Virgil Darnell Hawkins says to the beautiful lakefront city of Leesburg — our home and yours — ‘Thank you,'” said Harriet Livingston, a niece of the now-deceased Hawkins, at Thursday’s plaque dedication service, “for recognizing the office space once occupied by the South’s most patient man and the South’s first civil rights pioneer.”

Hawkins died in 1988 at the age of 81, but his story began in 1949 when he applied for admission to the University of Florida’s law school. He met every qualification — except being white. As an alternative, Hawkins was offered the opportunity to attend an out-of-state law school at the expense of the Florida Board of Control. Instead, he sued.

With the assistance of attorney Thurmond Marshall, Hawkins lost at the Florida Supreme Court, where a promise was made to establish a law school at Florida A&M University. He appealed to the U.S. Supreme Court and won “prompt admission” to the University of Florida — but the state ignored the order. 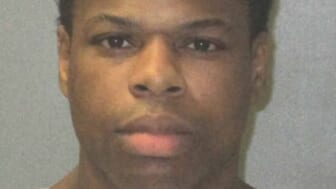 In fact, Hawkins returned to the Supreme Court four times, winning each time. Despite the rulings, the state simply ignored them. Finally, Hawkins withdrew his application to University of Florida’s law school in 1958 in exchange for the desegregation of its graduate and professional schools.

Hawkins ultimately attended the New England School of Law in 1964, where he paid his way by doing menial jobs. However, when he returned to Florida, he couldn’t take the bar exam because his alma mater was not accredited by the American Bar Association. It was not until 1977 — at the age of 70 — that Hawkins was finally admitted to practice law, courtesy of the Florida Supreme Court. 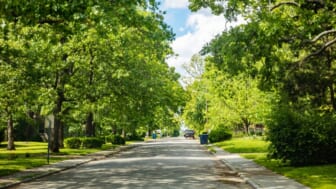 “When you look at everything that happened to him, most of us would have either ended up very bitter or mentally broken, unable to do anything. But he wasn’t broken,” Florida attorney Harley Herman recalled. ”He hoped he could inspire the next generation. That was pretty much his mission at the end.”

“To be like he was,” said Christian, “from the Okahumpka-Leesburg area, our area, and to have done something as monumental as he did — desegregate Florida’s graduate school system — Virgil Hawkins should be someone we talk about like we talk about other civil-rights icons.”