Netflix has released trailers for three projects scheduled to premiere later this month and in September. Kid Cudi and Lena Waithe are some of the creative minds behind them.

On June 29, Netflix will premiere Season 2 of “The Upshaws,” the sitcom that stars co-creator Wanda Sykes, along with Mike Epps and Kim Fields. Part 1 of the new season continues the story of Benny and Regina Upshaw, played by Epps and Fields, raising four kids in Indiana, and Benny’s sardonic sister-in-law, played by Sykes, navigating life through new challenges.

Season 2, Part 1 of “The Upshaws” will consist of eight, 30-minute episodes.

Also coming out on June 29 is a new film called “Beauty.” The dramatic feature written and co-produced by Waithe tells the story of a young Black girl entering the music industry. After being offered a lucrative recording contract, the girl struggles to maintain her voice and identity while conflict builds with her family, friends, and the label.

Last is “Entergalactic,” which premieres on Sept. 30. It’s an ambitious animated series from Kid Cudi and Kenya Barris. Netflix characterizes “Entergalactic” as a story of two young artists, Jabari, voiced by Cudi, and Meadow, voiced by Jessica Williams, “navigating the twists and turns of finding love in New York City.” When Jabari and Meadow become neighbors, it is followed by an explosion of art, music and fashion. 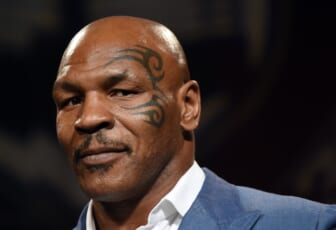 Both Cudi and Barris are co-executive producers on Entergalactic, along with Karina Manashil and Dennis Cummings of Mad Solar Productions, Fletcher Moules and Ian Edelman of Edelgang, and Maurice Williams.