"Mike," the eight-episode series about the former heavyweight champion boxer will premiere on Hulu on August 25.

Hulu has released a trailer for its new limited series on Mike Tyson. The biographical series, titled Mike, will feature the life and career of the contentious former world heavyweight champion boxer.

Hulu, which calls the series “an unauthorized and no-holds-barred look at the life of Mike Tyson,” will premiere Mike, starting August 25, according to Deadline. It will consist of eight episodes chronicling the dynamic life of Tyson, from a young Brooklyn prospect, to a world-famous champion boxer, to a convicted felon, and more.

“Biographical pictures are a fan favorite and a staple of the movie and television business and frequently the subjects are not involved,” Craig Erwich, President of ABC Entertainment and Hulu Originals, stated. “We have a strategy of taking a modern lens and applying it to stories and figures of popular culture of the past. We’ve had a lot of success doing that and I think it reveals interesting things, not just about where we’ve been but where we are so we’re looking forward to continuing the creative conversations behind Iron Mike.” 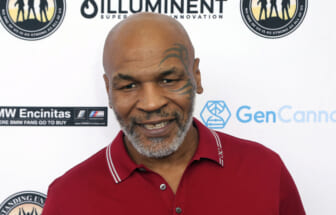 Mike is produced by 20th Television and Steven Rogers, who were behind I, Tonya, the 2017 biopic about disgraced figure skater Tonya Harding. Executive producers include Entertainment 360’s Darin Friedman, Margo Robbie, Anthony Hemingway, as well as Karin Gist and Claire Brown of The Gist of It production company. Gist will also act as the showrunner.