Countries with the most paid vacation days

Because if you're thinking of relocating, countries with the most paid vacation simply make the most sense.

In 2022, remote working is not as much of a standard as it was in the last two years, and for obvious reasons: COVID-19 vaccinations are now available and a lot of employers believe in having employees back in the office. While this may suit some, others have had it with the old restrictive work-life routine and crave something new. While we can’t promise you a remote job in your field, the next best thing would be to look into countries that have extended paid vacation days.

Paid vacation days are days for which employees are still paid when they take off of work. This is not to be mistaken for sick days, call-outs, or no call, no shows. Paid vacation days, simply known as PTO or paid time off are a standard employee condition at corporations in most countries. 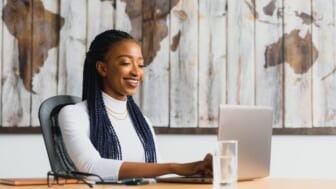 Also Read:
Here’s how a travel writer compares flight prices around the world

When you first become an employee, all of the terms of your employment are usually discussed and confirmed in contracts. Paid time off generally accrues based on the time an employee has been at an organization or their hierarchical ranking, management-wise. If you are a newer, junior-level employee and you may have been contracted for 1 year or less at a job, then your PTO is usually low; 5 days or less. If you are a more senior-level executive with several years served at a company then your PTO is generally higher— anywhere between 10 days to 3 weeks in the U.S. However, some countries are known for allotting employers way more paid time-off days than Americans identify as normal.

Countries like Brazil, Austria, and Spain have different work cultures, where the average employee is promised more days off than we have traditionally seen in the U.S. And we’re not talking just a little bit more, but a substantial month’s length of time dedicated to vacation days. Why is this, you may ask? Well for one, everywhere in the world is different, and not all work and social cultures are the same. Just because you are used to certain standards doesn’t make them standard protocol by world measures. So if you are looking for more paid time-off days and are open to living and working abroad, we suggest you check out some of the countries below. 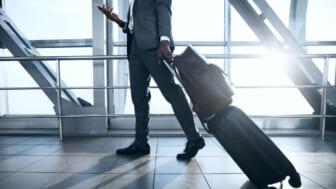 In Spain, paid time off must be at least 30 days at most organizations, usually leaving employees to take between 30 to 36 days off each year.

Austria not only has 25 paid time-off days but a whopping 13 holidays where employees are not to work but still get paid. This brings Austria’s PTO to 38 days, in total.

In Brazil, after you have been at a company for a year, you are entitled to 30 days of paid vacation.

30 days off has been the magic number in a lot of countries and Germany is no different, offering 30 days on average in paid time off.