‘I don’t know what it actually looks like,’ says Sam Jay on freedom in 2022

The comedian spoke with theGrio’s Cortney Wills about Juneteenth and what freedom looks like.

In this video, comedian Sam Jay spoke with theGrio’s Cortney Wills about Juneteenth and the definition of freedom in 2022.

Jay grew up aware of what Juneteenth was and the meaning of it; however, she doesn’t plan to celebrate it in a big way this year.

For Jay, the definition of freedom becomes more elusive as she gets older.

“When I was younger, I thought it was money,” she said. “It’s not that, especially being Black in America. I don’t know what it actually looks like.” 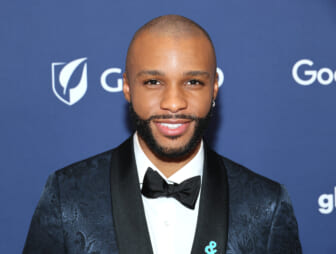 Also Read:
Actor Dyllón Burnside is ‘embracing freedom and moving in freedom’ in 2022

Check out the full response in the video above.