The 22-year-old Broadway phenom took home the Tony Award for best leading actor in a musical for his portrayal of Jackson in "MJ: The Musical."

After Myles Frost won his 2022 Tony Award for playing Michael Jackson in MJ: The Musical, he was asked if there was anything he wished he could say to the late superstar. He said he would ask him a simple question: “How did I do?”

If Jackson were alive today and witnessed Frost playing him, he likely would’ve said, “Well done.” If the presence and support of the musical by Jackson’s children, Prince and Paris Jackson, as well as Jackson’s bandmates and brothers, are any indication, Frost nailed it.

Viewers who saw Frost embody Jackson’s ethereal speaking voice and limber dance movement at the “2022 Tony Awards” witnessed a star being born. Watching as Frost’s Jackson danced side by side with his dance heroes, Fred Astaire, Bob Fosse, and The Nicholas Brothers, before seamlessly moving into a show-stopping performance of “Smooth Criminal” with the production company, it’s evident that Jackson was the role Frost was born to play.

Watching Frost take on the persona of Jackson in “MJ” so completely, it’s almost shocking to think that he wasn’t the first choice.

In 2019, actor Ephraim Sykes was the original choice to play the 13-time Grammy winner. Skyes’ pedigree was already intact, having been Tony and Grammy Award-nominated for his role as another former Motown star with a signature voice, David Ruffin, in the jukebox musical, “Ain’t Too Proud: The Life and Times of The Temptations.”

Initially set to open in 2020, “MJ” was delayed when all of Broadway was silenced by the COVID-19 pandemic. By 2021, Skyes bowed out with a “heavy heart” over scheduling conflicts. Enter Frost, a 22-year-old Washington D.C. native with zero Broadway experience. 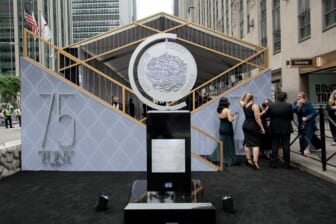 It turned out that the role was meant for Frost all along. From the previews all the way to the Tony Awards, fans have watched Frost’s star begin to ascend with each passing performance. As the youngest solo winner of the Tony for Best Actor in a Leading Role in a Musical, his future is very bright.

Frost transformed into Jackson in a tangible, humanizing way without compromising the majesty and mystique of his uncanny talent as a singer, songwriter, and performer. Through Tony Award-nominee Lynn Nottage’s book, Frost aided in “MJ” rehabilitating Jackson’s public image and reminding musical attendees of his many contributions. 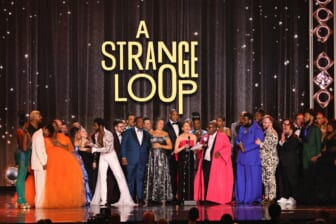 “Black music culture is music culture, period. That’s the truth to me,” Frost told theGrio. “I think that Michael has been one of the pioneers for that, if not the biggest pioneer for that. Especially in my life.”

As with so many millions of people, Frost was deeply impacted by Jackson’s music throughout his life. In his Tony Award acceptance speech, Frost evoked Jackson’s ad-libs of “I just can’t control my feet” from The Jacksons’ 1978 hit, “Blame It On the Boogie.” The move illustrated the hold that Jackson’s work had over Frost, who says he sees that same hold in the audience at each performance.

“Listening to his music and being impacted and inspired is something that I see every night from kids to young adults to people who remember when the Jackson 5 first came out,” Frost said. “I feel the magic; I feel the spirit. And that is the epitome of what this is about.”

With Jackson being celebrated at the “2022 Billboard Music Awards,” a deluxe edition of his landmark 1982 album, “Thriller” coming this November, and “MJ the Musical” going on a 17-city tour in 2023, his legacy is as strong as ever.

Myles Frost is playing a significant role in that. Literally.