The national park system refers to about 40 places as "African American experience sites," and new sites are under consideration.

Decades later, there is a bronze bust of Black Panthers co-founder Huey P. Newton on the west side of Oakland for the public to gaze on and learn from.

A Black Panther National Historical Park was even an idea at one time, but it came to a halt when police groups complained to former President Donald Trump. Now, though, it is being reconsidered. The National Park Service is working on incorporating additional Black history into its education about America, as reported by GPB News.

Fredrika Newton, widow of the late revolutionary, is quick to dispel the claim that the Panthers were an evil group.  “It’s one of the most misunderstood legacies of this party,” Newton says.  “It wasn’t hate.  It wasn’t a nationalist organization.  It was not a racist organization. Our mission was to fight oppression for all oppressed people.” 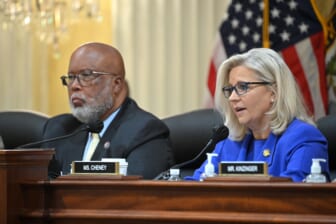 Also Read:
The big takeaway from Jan. 6 hearing: Trump should be brought up on charges and never be allowed on the ballot in 2024

New African American experience sites are currently under consideration.  One of them is a site in Mississippi that memorializes the murders of three civil rights workers in 1964 (James Chaney, Andrew Goodman, and Michael Schwerner), and another marks the site where 14-year-old Emmett Till was lynched in 1955 after he was accused of whistling at a white woman.

Yet, despite reports of increasing polarization, many Americans are more about healing than harming.

For example, Charles Person, one of the original Freedom Riders, is working hard to get the park service to commemorate their historic ride.  He recently took a trip back to Anniston, Alabama, and was delighted with what he saw.

“When we came there, a gentleman showed up, and he was a grandson of one of the Klansmen,” Person recalls.  “And he apologized for the beating they gave, for setting the bus on fire.”

Mr. Person continued, “We were so amazed at the things the town was trying to do.  I would live there now.  I mean, that’s how much the attitudes of the people have changed.” 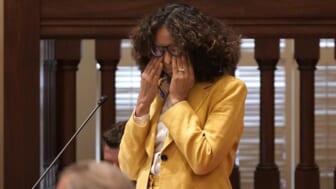 The NPS established one of the first African American civil rights sites in 1980.  It’s the Martin Luther King, Jr. National Historical Park, in Atlanta, and it often attracts many visitors who can see Dr. King’s church, birth home, and the World Peace Rose Garden.

But that site is visited for reasons beyond Dr. King’s accomplishments and legacy. Marty Smith, a ranger at the site, said people also come to the park during major historical moments.