The big takeaway from Jan. 6 hearing: Trump should be brought up on charges and never be allowed on the ballot in 2024

OPINION: The House committee hearing made it clear: Donald J. Trump instigated an attack on the U.S. government weeks before the actual assault commenced, and he bears much of the blame for what happened at the U.S. Capitol on Jan. 6, 2021. 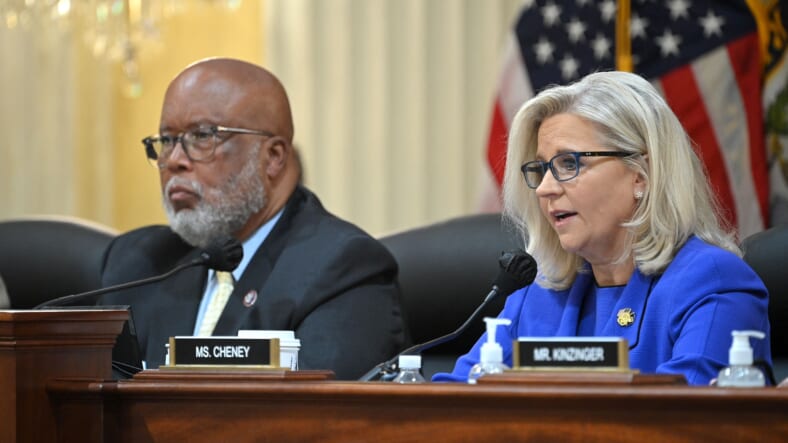 The opening of the historic hearings of the House Select Committee to Investigate the Jan. 6 Attack on the U.S. The Capitol on Thursday night was, in a word: horrifying. Although we all watched in shock and awe as the events of January 6, 2021 were replayed on national television, nothing prepared me for the testimony of Capitol Police Officer Caroline Edwards and the previously unseen video footage shared by British documentary filmmaker Nick Quested, who was embedded with the far-right group, the Proud Boys.

My big takeaway from the first night: Donald J. Trump instigated, stoked up and fomented an attack on the U.S. government weeks before the actual attack commenced and further incited his followers to want to hang Vice President Mike Pence. When Trump had a duty to call in law enforcement or troops to restore the peace on Jan. 6, he abrogated that duty, and Pence picked up those duties and worked with the chairman of the joint chiefs of staff to try and restore order. 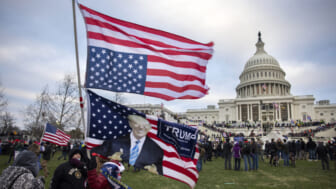 Trump was impeached—for a second time—for his actions, but the Senate voted to acquit him. Unfortunately, that means the only way we can keep Trump from being on the ballot for president again is to have the U.S. Department of Justice bring charges against him.

Although there will be five more of these hearings as the committee makes its case to the American public, everyone should be clear that a referral for Trump to be criminally prosecuted from the Jan. 6 committee does not hold any legal authority. It is simply a referral to investigate. And the DOJ does not have to accept the referral.

Committee Vice Chairwoman Liz Cheney (R-Wy.) mentioned in her opening remarks that federal district court Judge David Carter ruled that then-President Trump “more likely than not” committed a felony in trying to stop the certification of then-President-elect Joe Biden‘s election victory on Jan. 6. Judge Carter made the finding in a civil case that involved Trump’s attorney John Eastman, who attempted to withhold more than 100 documents from the Jan. 6 committee.

Over 850 citizens have been criminally charged for their participation in the violence at the U.S. Capitol on Jan. 6. Many of these individuals testified that they came at the call and behest of then-President Trump. So why has Trump not been charged? Most of the participants were accused of lesser offenses such as trespassing and assault, while more than a dozen members of two right-wing groups are facing a more serious charge: seditious conspiracy.

So what about Trump? Can he be charged? Yes, he can. But the bottom line is will Attorney General Garland do so? Will he have the guts to charge Trump? Will the next set of publicly planned hearings put pressure on the DOJ to open a criminal investigation against Trump, charging him with seditious conspiracy, which is the most damning charge of all for a former president of the United States?

To be clear, Trump clearly violated his oath of office and did not act to protect and defend the Constitution on January 6. This fact is bolstered by the testimony offered by officer Edwards, a petite, young, attractive blonde who recounted an awful first-hand tale of what it was like to be beaten by protestors that day and who suffered not just physical but emotional injuries.

She described in vivid detail how she was literally slipping in the blood of her fellow officers and how she saw Capitol Police officer Brian Sicknick sitting with his head in his hands (he would suffer two strokes and die of “natural causes” the day after Jan. 6) as she tried to engage in hours of hand-to-hand combat, for which she admitted she was not trained. She further recounted the vile names and attacks she suffered for simply doing her duty that day: to protect the Capitol and members of Congress and to preserve the constitutional order of certifying the electoral process.

The opening moments of the hearings were also riveting. Democratic Chairman Bennie Thompson of Mississippi reflected on his youth under the racism of the Jim Crow South and those who, like now in the present day, tried to dismiss the racist scourge of lynchings, the KKK and other atrocities committed against Black citizens. Cheney, a staunch conservative, spoke in lock-step with Thompson as they both laid out a stunning case against former President Donald Trump, members of Congress who asked for pardons, and rioters, who, with clear “planning and forethought,” laid out a calculated siege on the U.S. Capitol with intent to harm lawmakers, the vice president and to interrupt the orderly constitutional process of certifying the election results.

Then the previously unseen footage was aired, showing the moments when the Capitol was breached. The horrific video, interspersed with footage of Trump delivering his speech telling rally-goers to march to the Capitol, showed the former president’s supporters doing just as he told them to, overrunning law enforcement by beating, punching and hitting them with whatever weapons they had on hand. The video of Officer Edwards being pushed back so hard that she fell and was knocked unconscious was particularly nauseating. 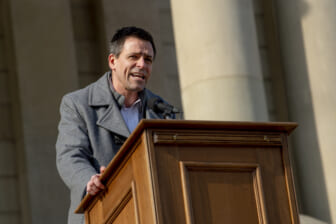 Bottom line: We need to demand that U.S. Attorney General Merrick Garland take seriously the actions of a president who incited a coup attempt on Jan. 6 and prosecute him to the fullest extent of the law. That is the only thing standing between American democracy and a second Trump term, which could truly destroy this great republic. We must not let it happen on our watch.