What is the secret to Kevin Hart’s success?

OPINION: In Netflix's new film, 'The Man From Toronto,' the comedian gives us a classic Hart performance—something I'd like to call Kevin Hartness.

​​Editor’s note: The following article is an op-ed, and the views expressed are the author’s own. Read more opinions on theGrio.

Kevin Hart is one of the biggest stars in Hollywood and comedy because of something I call “Kevin Hartness.” Every major star is a brand, and we know what we’re going to get when we see them perform just like we have a sense of what we’ll get from any major brand. So what is Hart’s brand? What is Kevin Hartness?

Well, I asked him when I interviewed him about his new Netflix film, The Man From Toronto, an action-comedy where Hart plays an average guy, albeit one who’s down on his luck, who somehow falls into being forced to impersonate an infamous killer. He pretends to be tough even though he’s wimpy and he gets beat up. He has a good heart, but he fails and he screws up a lot. It’s a classic Hart performance—he’s funny and often makes jokes at his own expense. He’s vulnerable, he’s witty and he’s never afraid to be the butt of the joke. 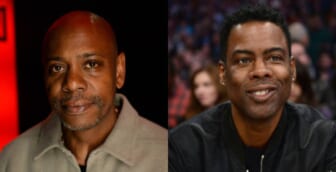 You don’t get to be a major Hollywood star without carefully manicuring your image, so I was unsurprised that when I asked him what is Kevin Hartness, he was able to break it down into a thesis that encapsulates most of the characters he’s played.

“You gotta understand the story,” Hart said. “At times I think the biggest laugh comes from the most relatable individual and the most relatable individual isn’t always the guy that’s on top. It’s not the guy that’s always getting the W’s. Sometimes it’s the guy that has a mass amount of mini Ls. The mini Ls are the things we overlook in life as losses…It’s a guy who has a good heart and his efforts are there but he comes up short because he just isn’t that guy and it takes the guy that has the knowledge, that has the understanding to push him to reach new levels of life.

“And that’s sometimes what we all need as people. You need a little push from somebody that has experience that you never knew you needed. And vice versa to the guy that has experience well he doesn’t have heart. So that guy gets heart and I get experience and confidence and more understanding. So there’s a yin and yang of lessons and growth in the character so while you’re laughing you’re really identifying with the journey that most people have walked on in the day-to-day space for living. I’ve taken that, I’ve embraced that and I’ve been able to sprinkle that into characters throughout my career.”

I first noticed Kevin Hartness watching The Real Househusbands of Hollywood years ago and seeing how Hart was always willing to be the one who got physically hurt, the one who looked like a silly fool, the one who got chumped. But at the same time, he was always someone with a good heart, someone who seemed like he’d be a good friend, and someone who you wanted to root for. Comedy shows like Laugh At My Pain continued the theme—where comics like Chris Rock and Dave Chappelle bring their massive ego to the stage so much that a subtext of their work is “I’m so brilliant.” Hart takes a different approach—he invites you to laugh at him. That strategy has made him relatable—we all play the fool sometimes—and that has made him a superstar.

In The Man From Toronto Hart is Teddy Nilson, a hapless fitness entrepreneur who starts the film pitching us several terrible fitness ideas that implode within seconds, which means the movie starts with us watching Hart fail again and again. Sometimes in the failing, he seems to get hurt. Later, when he throws a punch, he connects but then immediately deals with the pain of nearly breaking his hand. Several times in this movie, he’s overwhelmed or out of his depth or overpowered by someone—he gets thrown distances by tough guys. These are not things we’ll ever see from Jamie Foxx or Chris Rock. Someone like Chris Tucker is like Hart in that he too will do a high-pitched, rapid-fire voice that’s funny no matter what the words are, but Tucker likes to seem cool. Hart doesn’t care. He doesn’t mind not being cool, and that makes him seem relatable, that word again, to the masses.

A movie with Hartness means you’re going to laugh at the small man who gets hurt and seems foolish at times. But he’s funny, he’s got impeccable timing, he’s telegenic, and he’s always playing someone who’s got a good heart, which makes us like him. Even in his last Netflix project, True Story co-starring Wesley Snipes, he was a wealthy comedian but he was being screwed over by someone who dragged him deeper and deeper into a crazy morass but through most of the movie he’s a loyal brother, which tells us he’s got a good heart. Hart’s characters always have the best of intentions so you feel good about rooting for them and you laugh with them when they fall in pain or make mistakes. Where others want to show their machismo and flex their ego, Hart is willing to do whatever it takes to entertain even if means sacrificing his ego. 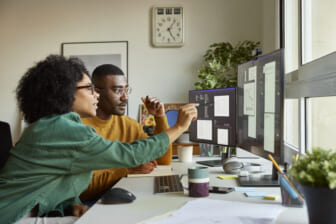 There were, decades ago, Black actors who got into film by willing to be the butt of the joke, but in their work, they upheld horrible stereotypes about Black people. At that time, there was no other onscreen work possible. Hart does pratfalls and he screams and yells in a way that’s vaguely reminiscent of some of that cooning, but his work is entirely different because with his characters there’s always a sense of dignity. In The Man From Toronto, his ultimate goal is to do right by his wife. In True Story, his goal was to save his brother. Hart’s characters always have noble intentions. They just fall a lot on the way there. He plays nice guys who care about others so when the world runs over them, it’s because the world is screwed up. No matter what situation Hart is in, he’s going to mess up, and he’s going to find a way to make you like him even though he’s a screw-up because ultimately, he’s a good guy.