‘Tom Swift’ canceled at The CW after one season

The series, which follows the young Black gay billionaire of the title, just premiered in May.

The CW has canceled “Tom Swift” before all of the first season’s episodes have aired.

The “Nancy Drew” spin-off launched on the network in May and served as a major milestone series in terms of representation. Tian Richards took on the titular role of Swift, a Black gay billionaire inventor who after the mysterious disappearance of his father is, “thrust into a world of sci-fi conspiracy and unexplained phenomena.”

Now, just six episodes into the show’s first season run, it has officially received the axe from The CW. The cancellation is described as a “performance-based” decision per Deadline. The outlet reports that Swift is, “among the CW’s least watched series on linear, with 535K viewers in Live+7, as well as on streaming.” 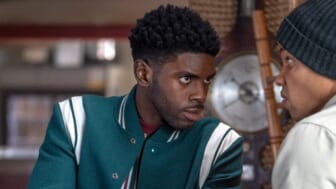 Also Read:
‘Tom Swift’ gets premiere date on The CW

Still, it may not yet be the end of the road for “Tom Swift.” According to Deadline, CBS Studios plans to shop the series around, and is currently extending options to the cast.

When Richards was first cast, he took to social media to celebrate his achievement and the show’s landmark representation. He expressed his joy on Instagram.

“I’ve screamed, cried, jumped, hollered, dropped to my knees and thanked the man upstairs. I am SO ready to pull up in Horseshoe Bay and get things poppin! 😎 Tom Swift is unlike anything TV has seen before. To be young, gifted, Black, and Gay! 🚀✊🏿🏳️‍🌈🙌🏿🪐🔭✨💰 Mommy look, we did it! We did it Joe!”