‘Tom Swift’ gets premiere date on The CW

A spin-off of the network's popular "Nancy Drew" series, "Tom Swift" debuts in May, and teen TV fans should be excited.

The CW just announced a premiere date for its latest show, and fans of addictive teen TV should be very excited.

Premiering Tuesday, May 31 at 9 p.m., Tom Swift, a spin-off of the network’s popular Nancy Drew series, will have everyone talking. The show stars Tian Richards in the titular role, described as a Black, gay billionaire inventor “thrust into a world of sci-fi conspiracy and unexplained phenomena after the shocking disappearance of his father,” per Deadline.

The synopsis continues: “Tom takes to the road on a quest to unravel the truth, leaving behind the comforts of his usual moneyed lifestyle while fighting to stay one step ahead of an Illuminati-scale group that’s hellbent on stopping him.”

Riverdale fans may also notice a familiar face among the cast. Ashleigh Murray, who played Josie McCoy on the hit teen series, joins the show as Swift’s best friend, Zenzi. Described as having “unabashed and unvarnished candor,” Zenzi balances forging paths for herself while also keeping her dear friend grounded. 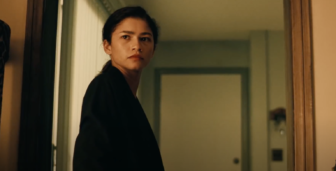 Marquise Vilsón also joins the show as Swift’s bodyguard, Isaac. As described, the character’s “fierce commitment to his chosen family is complicated by his own simmering feelings for Tom.”

Richards recently took to Instagram to celebrate various announcements regarding Tom Swift, including the addition of Murray.

He wrote in a post when her casting was announced: “Zenzi, my Zenzi! Having @iamamurray by my side, as our leading lady & my right hand woman is such a gratifying part of this journey! She grounds me and challenges me like an actual sister would. She commands a presence & respect that is unmatched. So elated to take this journey with you sis!”