Holder faces life in prison for the 2019 shooting death of the Grammy-nominated rapper and lesser charges for injuring two others.

Eric Holder Jr. has been found guilty of murdering rapper Nipsey Hussle. He was on trial for the shooting death of the Grammy-nominated rapper/entrepreneur and lesser charges for wounding bystanders and weapons possession in South Central Los Angeles, according to CBS News.

Holder was convicted of first-degree murder for the fatal shooting of Hussle, 33. He was also convicted of two counts of attempted voluntary manslaughter and two counts of assault with a firearm for wounding two people on the scene, as well as one count of possession of a firearm by a felon.

The shooting occurred in front of Hussle’s Marathon clothing store on March 31, 2019. The rapper was hit with no less than 10 bullets. Holder, 32, was arrested two days later. 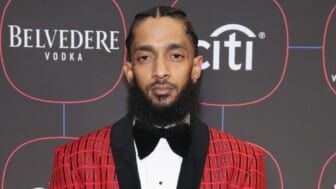 The deliberations took less than an hour, according to The New York Times.

Deputy District Attorney John McKinney stated during his closing argument that Holder’s shooting of Hussle was a “cold-blooded” and “calculated” attack rather than a crime that occurred “in the heat of passion” as argued by Holder’s defense attorney, Aaron Jansen. 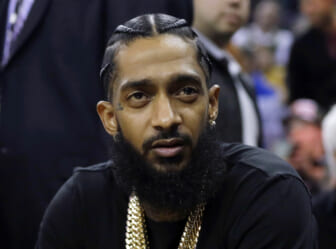 Also Read:
Nipsey Hussle’s shooting death was planned and there was anger about ‘snitching,’ jury told

“I submit to you that the motive for killing Nipsey Hussle had little to do with the conversation they had…There’s pre-existing jealousy,” McKinney said in the CBS account. “Saying, ‘You’re through’, before shooting him and shooting him several times…kicking him in the head, that’s personal. What makes this murder first-degree is premeditation and deliberation.”

Holder will be sentenced on Sept. 15, according to The Times. He faces life in prison.