What are we teaching children with the viral #PutYourShoesOn challenge?

OPINION: This social media challenge is especially concerning because it both reflects and potentially contributes to the epidemic of violence that is so core to American culture. 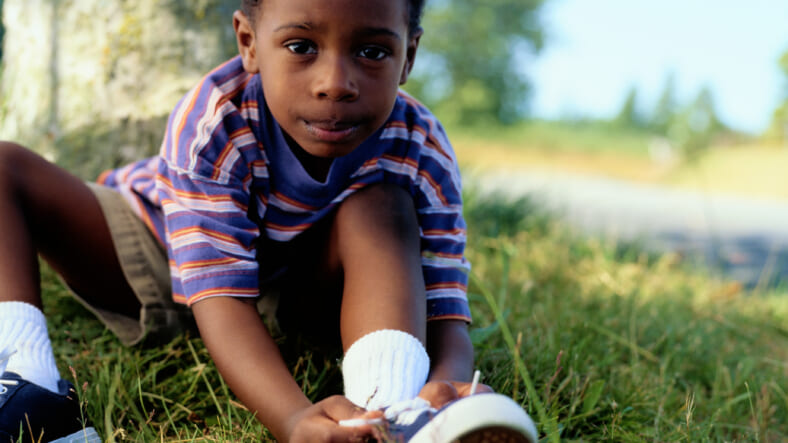 A healthy parent would never intentionally place their child in harm’s way or create unnecessary fear for their own entertainment. But the latest viral TikTok trend with parents terrorizing and laughing at children’s distress and garnering more laughs by sharing it publicly is testing that notion.

The #PutYourShoesOn challenge has parents filming their children’s response as the parent orders them to “put on your shoes and help me fight” an adult who might be accompanied by a child around their child’s age. The parents are pranking their children for clicks, likes and shares—the digital currency many folks use to determine their own sense of worth. 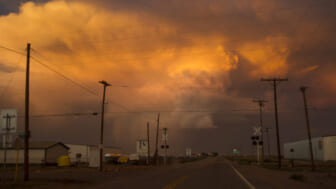 This challenge, which is allegedly designed to be humorous, has gotten more than five million views as of July 14, according to Distractify.com. The videos—which involve a multiracial cast of parents and children from all backgrounds—often have the parent boasting the results with captions like: “He stay ready,”  “Time to get it in, son,” “When yo baby wit all the smoke,” and “The boy couldn’t get them shoes on fast enough.”

The trend has spread to sometimes include older siblings and other family members, but my main concern is for those involving parents and children—especially younger kids who aren’t yet old enough to resist or to think for themselves due to the stage of their brain development.

There have been other viral video trends across several highly trafficked platforms in the digital universe over the years. We’ve seen parents smash cakes in children’s faces, throw cheese at them, “accidentally” throw water in their faces, punch stuffed animals to scare children into eating meals, cut their hair as punishment and engage other forms of digital shaming.

But this #PutYourShoesOn challenge is especially concerning because it both reflects and potentially contributes to the epidemic of violence that is so core to American culture. It is a continuation of a video trend where parents encourage their kids to fight other children—at schools and in the neighborhood—cheering the kids on and sometimes joining in.  Sites like YouTube and WorldStar are rife with these videos.

At the same time, we’re seeing a rise in school violence—students attacking other students as well as teachers and administrators—some for TikTok challenges. Schools are also dealing with parents who come to campus to fight students, teachers and other parents.

One of my main concerns is that this challenge spotlights parents clearly grooming their children—especially the Black, brown, and economically disadvantaged white kids—for the school-to-prison pipeline and state-sponsored culture.

By prompting them to respond unthinkingly with violent behavior, these kids are more likely to act out at school and in the streets, where the systems are poised to further fracture their family structures and damage their young lives via foster care, juvenile detention, and even prison.

We can’t discount the damage to a child’s developing psyche when their parents are recording them for public entertainment, judgment and ridicule on the internet—where content can live forever and haunt them as they grow.

But while schools try to promote nonviolent conflict resolution and anti-bullying programs, social media challenges are encouraging overall violence with an emphasis on entertainment value. And these challenges are feeding an appetite to view adults committing mental, emotional, and psychological violence against their own children.

So, should we be surprised that kids are bringing such negative behavior into the streets and schools when it is being normalized at home?  These social media trends make it harder than ever to try to prevent it or promote healthier alternatives to conflict.

Some of the kids are instantly ready to fight in the #PutYourShoesOn videos, which begs some important questions: What happened in their early childhood years that has them so ready to jump bad and defend the big people in their families? What in their environment helped to shape their rapidly developing neural pathways to be primed for conflict and violence in the first place?

Ironically, these scenarios can act as a toxic form of parent-child bonding and solidarity, fostering a sense of “us against the world.” While developmentally inappropriate, these dynamics can help a child feel responsible for their parent’s well-being long before they reach adulthood.  Rather than help these young people develop the life skills they’ll need to navigate life’s challenges and conflicts in healthy ways, too many of us are normalizing dysfunction.

The media are weighing in on this #PutYourShoesOn challenge. Newsweek dubs it “hilarious, fun, and harmless.” YourTango notes how it’s sparking debate. Parents magazine cites the “polarizing trend,” and Distractify reports how it has “divided social media.”

TV commentator and Temple professor Marc Lamont Hill said on Twitter, “It makes me sad when I see children publicly exploited for internet clout. Whether it’s intentionally making them cry, giving them humiliating punishments, or exposing their most intimate moments, we must all do better to protect their dignity and their innocence.”

Even the hosts of the hugely popular radio show The Breakfast Club have publicly shared their opposing views on this new challenge. The often-controversial Charlamagne Tha God criticizes it as traumatic for the kids. “I don’t like people laughing at their kids’ pain, traumatizing those kids for likes and reposts,” Charlamagne said. “I hate it. You got kids crying on the internet, scared to death because you wanna go viral. I think it’s wack.” 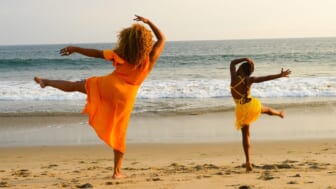 Also Read:
Healing from my mama’s trauma: How Tanika Ray is doing it

For once, I agree with Charlamagne. Instead of protecting their children, these parents are instructing them to engage in violence. While this is happening under the guise of a prank for laughs, I wonder if the parents are making these videos to bolster the sense that their very young kids are ready to act as their protectors.

The children in these videos—who range from toddlers to teens—responded in different ways.

You see some of them click instantly into fight-or-flight mode, their eyes widening and their bodies stiffening. Many instantly comply, seeming willing and sometimes eager to help their parents fight.

Some of the children are clearly resistant—crying or even falling down, terrified by the idea.  Others look curious or confused and ask their parents qualifying questions before taking action.  And a few children straight up refuse the invitation to throw hands with their parent.

It is worrisome that some of these children demonstrate more mature judgment than their parents, suggesting that the overall family dynamic is dysfunctional in the first place.

We must ask what kind of burdens these challenge videos put onto a child, especially once they realize that they’re being pranked by a parent who made and will post the video, likely without their child’s consent, to entertain thousands of strangers. 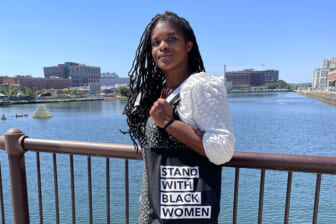 While some folks see these challenges as great harmless family fun, those of us who study child development and the impact of toxic stress on children’s brains see these moments very differently. Children’s brains are not fully wired to regulate their emotions or to intellectually deconstruct and understand what happened to them and why their parents take perverse pleasure in their distress. These scenarios seem real in a child’s mind. PTSD, panic attacks, anxiety, and phobias are just a few of the negative imprints that get left in a child’s subconscious or unconscious mind as a result of these experiences.

If we can’t rely on parents to not only teach but model healthy behaviors for their children, what kind of society are we creating? What messages are we sending when we’re willing to enjoy a few chuckles at the expense of a young child who has no say in the fact that their parent jumped on a social media challenge to record, taunt, and humiliate them like circus animals and immortalize it forever?

Stacey Patton is an award-winning journalist and the author of That Mean Old Yesterday, Spare the Kids: Why Whupping Children Won’t Save Black America, and the forthcoming Strung Up: The Lynching of Black Children in Jim Crow America.