Dr. Gates and the Oxford English Dictionary have joined forces to compile the Oxford Dictionary of African American English, due out in 2025.

“We’re proud to be initiating this timely and important project with the team at Harvard,” said Casper Grathwohl, president of Oxford Languages at Oxford University Press, in a press release.  “African American English has had a profound impact on the world’s most widely spoken language, yet much of it has been obscured.”

“The ODAAE seeks to acknowledge this contribution more fully and formally,” Grathwohl continued, “and, in doing so, create a powerful tool for a new generation of researchers, students and scholars to build a more accurate picture of how African American life has influenced how we speak, and therefore who we are.”

According to Vanguard, Oxford University Press plans to publish the dictionary in 2025.

The research project will be funded in part by grants from the Mellon and Wagner foundations. Meant to serve as a cornerstone of new studies into African American language, history and culture, “a diverse team of lexicographers and researchers will create a dictionary that will illuminate the history, meaning, and significance of this body of language,” according to the release.

Dr. Gates, who hosts PBS’ “Finding Your Roots” and serves as editor-in-chief of the dictionary project, said, “Every speaker of American English borrows heavily from words invented by African Americans, whether they know it or not. Words with African origins such as ‘goober’, ‘gumbo’ and ‘okra’ survived the Middle Passage along with our African ancestors.”

The renowned professor notes that “while many scholars have compiled dictionaries of African American usage and vocabulary, no one has yet had the resources to undertake a large-scale, systematic study, based on historical principles, of the myriad contributions that African Americans have made to the shape and structure of the English language that Americans speak today.  This project, at long last, will address that need.” 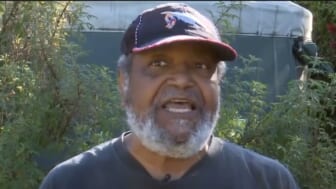 The Oxford Dictionary of African American English will include the meaning, pronunciation, spelling, usage and history of each word and phrase, and each entry will be illustrated by quotations taken from real examples of Black language in use.

Vanguard reports that John Baugh, president of the Linguistic Society of America, told Atlanta Black Star that the research project has the potential to eliminate long-held negative beliefs that African American vernacular English is unintelligent.

“One of the things that I hope is an outcome of that academic enterprise is that it may further dispel some of the stereotypes,” Baugh said.